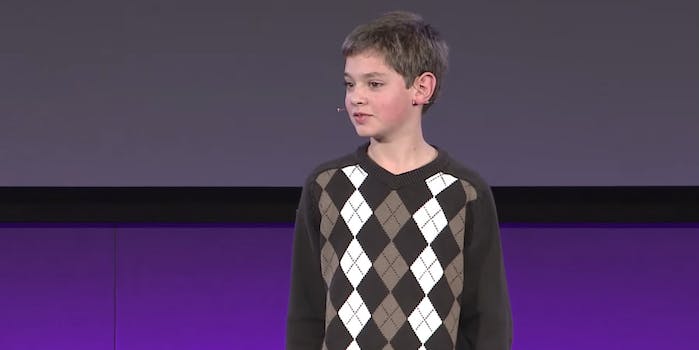 He may be right.

Do you remember being bored in class and zoning out when you were a kid? What if someone, at that moment, had thrown a video game controller into your hands?

Cordell Steiner’s third grade teacher decided that Cordell could start playing educational video games at school. In a TEDx talk delivered at the University of St. Thomas, Cordell talks about his experience, and enthusiastically advocates education through failure. Because when the shame factor is removed, classroom failure can be just as instructive as classroom success.

Academics are usually the ones making these arguments, so it’s cool to hear someone who is actually benefiting in the present by the use of educational video games making the case for their adoption.

We have to wonder, however, if the dream of video games for learning ever becomes a widely adopted reality, how many of today’s tech-savvy kids will be sneaking entertainment games into the classroom. What happens if the kids are playing Call of Duty behind the teacher’s back?

Actually, that might not be such a bad way to goof off. Recent studies suggest that even Call of Duty can help kids learn.