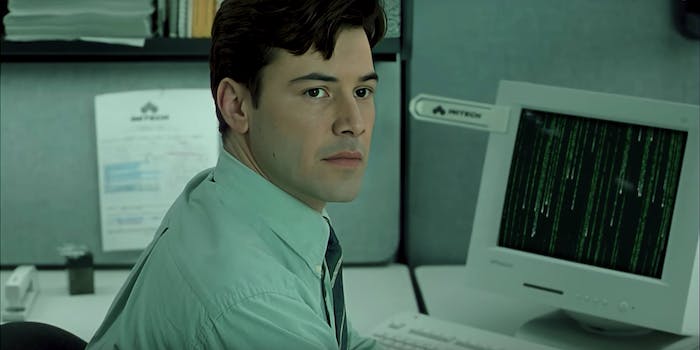 It works better than you'd think.

We wouldn’t have had much of a film if Neo had chosen the Blue Pill over the Red Pill in The Matrix, but thanks to a new deepfake, we now have some semblance of what that would look like.

The deepfake from Ctrl Shift Face replaces Ron Livingston’s face with Keanu Reeves, which is initially jarring, although the more you watch, the more it starts to work. But with a key phone call from Morpheus trying to get him to change his mind, some musical tweaks, and more nefarious conversations with Bill Lumbergh (now with indoor sunglasses), a dull job becomes much more dangerous. And Neo, none the wiser to the world he gave up, is confused as to why.

Then again, considering how little he’s willing to tolerate in the long run, maybe he does know something.