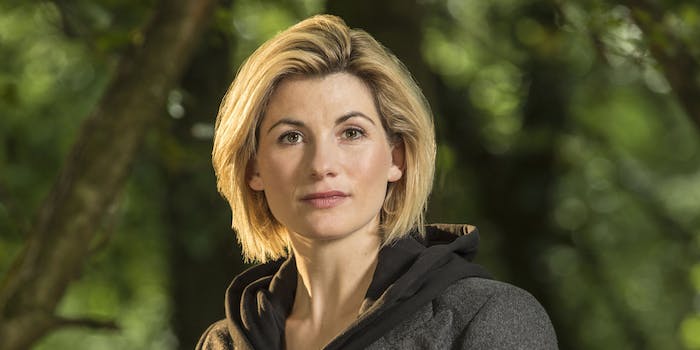 Steven Moffat admits he catered to sexist ‘Doctor Who’ fans

Brexit factored into his decision.

With his final Doctor Who episode due to air on Christmas Day, Steven Moffat only has three weeks left to share his terrible opinions as showrunner.

Speaking to the Radio Times, Moffat revealed the political reason why he never cast a woman as the Doctor. “This isn’t a show exclusively for progressive liberals,” he explained. “This is also for people who voted Brexit. That’s not me politically at all—but we have to keep everyone on board.”

So, he thought it was more important to cater to sexist viewers than people who wanted to see a woman play the Doctor. Nevermind the fact that Doctor Who has generally espoused progressive values throughout its run, and the previous showrunner introduced a pansexual character, Jack Harkness, over a decade ago.

Peter Capaldi will hand over the role to Jodie Whittaker in the upcoming Christmas Special, at which point by Moffat’s rationale, everyone who voted for Brexit will stop watching the show. On the bright side, we won’t be surprised if Doctor Who benefits from the Wonder Woman effect of new viewers tuning in because they’re excited to see a woman in the lead role.

Chris Chibnall will take over as showrunner for Doctor Who‘s 11th season, and while we don’t know what he’s planning to do, it’s already good news in one regard. After this year, we’ll no longer have to listen to Moffat’s infuriatingly sexist commentary, which often overshadows the actual quality of the show.