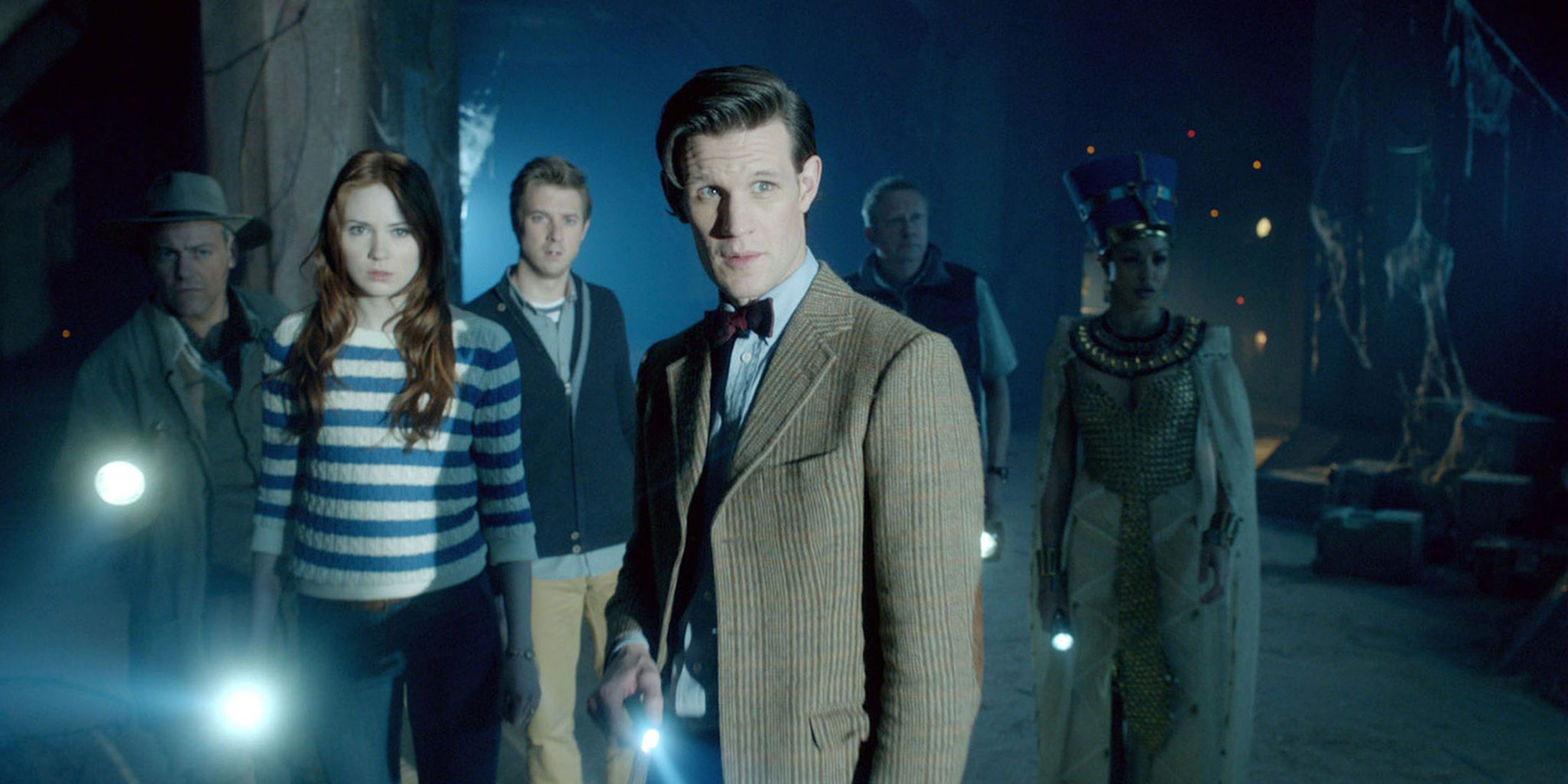 A rough guide to Chris Chibnall, the new ‘Doctor Who’ showrunner

When Steven Moffat took over as Doctor Who showrunner in 2010, fans already knew a little about what to expect. Earlier episodes like “Silence in the Library” and “Blink” had already introduced the DNA of his storytelling style as showrunner: River Song, experimental episode structures, and monsters with a strong basis in psychological horror.

Chris Chibnall, the playwright and screenwriter who will take over as Doctor Who showrunner in 2018, is less easy to predict.

Chibnall the Doctor Who fanboy

Like Moffat and Russell T. Davies before him, Chibnall is a longtime Whovian. In 1986, he even appeared on the BBC show Open Air as part of a panel of Doctor Who fans, discussing the 23rd season—three years before the original run of the show was cancelled in 1989.

This clip sees him veer somewhat into youthful mansplaining territory, criticizing actress Bonnie Langford for being “theatrical” and suggesting that she should “restrain herself.” Still, you probably shouldn’t read too much into it. This was 30 years ago, and he’s really just participating in one of Doctor Who fandom’s most popular pursuits: complaining about Doctor Who.

Chibnall’s episodes of Torchwood and Doctor Who

Before he was showrunner, Steven Moffat was widely regarded to be the best regular writer on Doctor Who. His episodes in the first four seasons are still ranked among the best, even among many fans who were critical of his time as showrunner. You can’t really say the same of Chris Chibnall, whose episodes never stood out as much.

Chibnall has written five full-length episodes to date, along with several mini-episodes taking place around season 7. None are as attention-grabbing as Moffat’s “Blink” or “The Empty Child,” but they’re not bad either. “Dinosaurs on a Spaceship” is an archetypal example of a fun single-episode concept, and several others display hints of Davies-era Doctor Who, especially in terms of Amy and Rory’s relationship. For example, “P.S.” (which was never fully filmed) provides a heartfelt epilogue to Amy and Rory’s departure from the show, a storyline that some fans found inconclusive at the time.

The fact that Chibnall wrote so much for Doctor Who in a single year, 2012, is a good sign. It shows that Moffat and the BBC trusted him to do good work on a tight schedule, and while he hasn’t contributed an episode since, that’s probably because he was busy with Broadchurch from 2013 onward.

As for Torchwood, it may be time for a rewatch because this is the best chance we have at gauging Chibnall’s work as a sci-fi showrunner. He was the lead writer for the first two seasons, writing several memorable episodes including “Countrycide,” “Cyberwoman,” and “Kiss Kiss, Bang Bang,” the introduction of James Marsters as Captain John Hart.

Chibnall wasn’t involved in the Torchwood miniseries “Children of Earth,” when the show transitioned from occasionally soap opera-style antics to a more serious tone of sci-fi drama. However, Torchwood did mature considerably during his time as showrunner, calming down after the rather uneven edginess of earlier episodes.

After Doctor Who and Torchwood, Chibnall went on to launch the U.K. spinoff of Law & Order, followed by his big break with the crime drama Broadchurch in 2013.

Dedicated Whovians are probably already combing Broadchurch and Law & Order: UK for clues about Chibnall’s style as showrunner, but main thing these shows prove is his ability to handle a high-profile mainstream series in the U.K. Torchwood was a niche spinoff that probably received some behind-the-scenes babysitting from Russell T. Davies, but Broadchurch is one of British TV’s biggest hits in recent memory.

Chibnall wrote or cowrote every single episode of Broadchurch, most of which were directed by longtime Doctor Who directors. He also spent three years handling the influx of press attention and fans speculating about plot spoilers. Even alongside experienced competition like Neil Cross (Luther) and Toby Whithouse (Being Human), that kind of experience made Chibnall a shoo-in for the Doctor Who showrunner job.