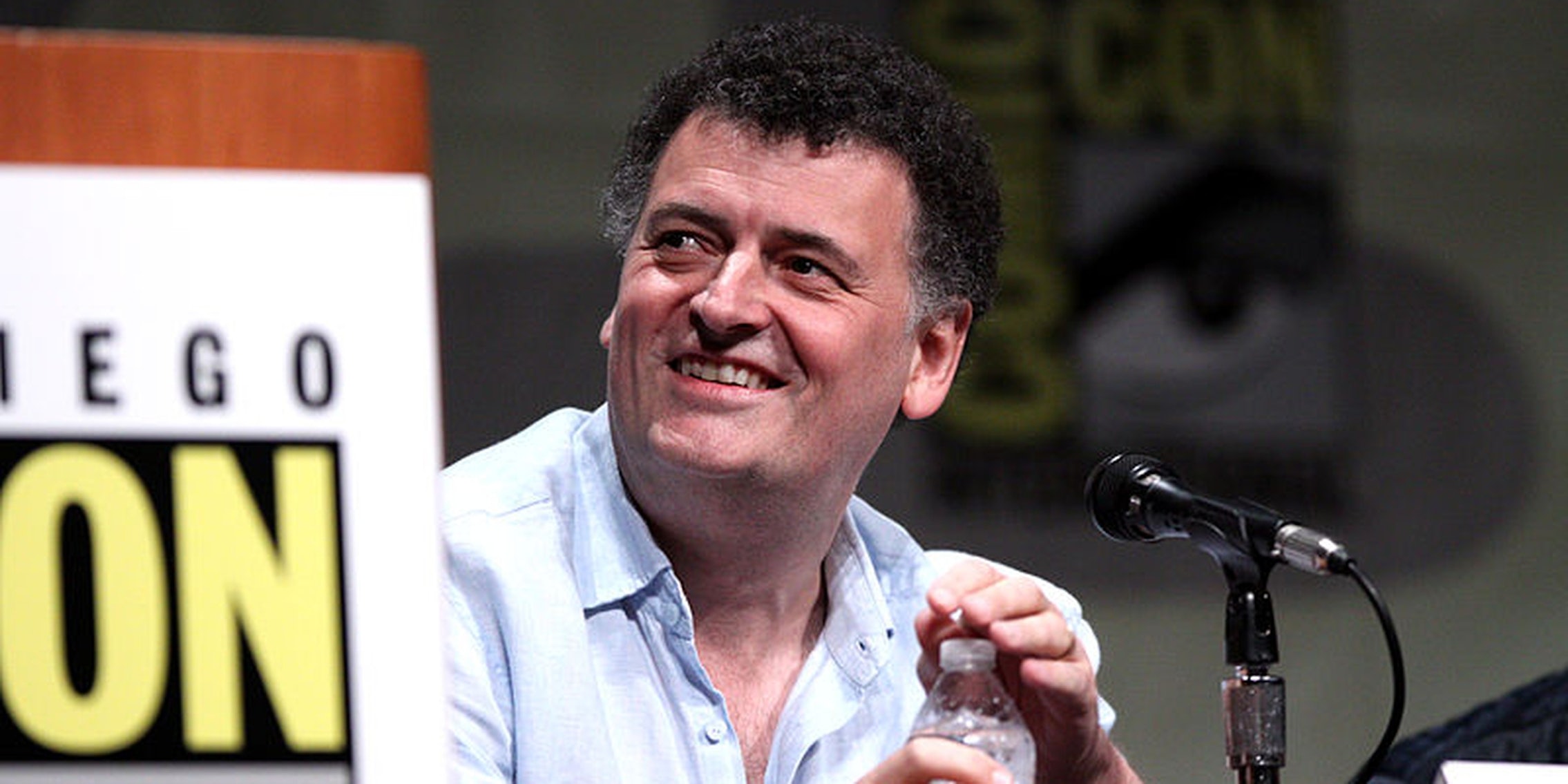 Why does the man behind ‘Doctor Who’ and ‘Sherlock’ still have a job?

Imagine a man who’s spent years describing women as “needy husband-hunters.” A man whose consumer base has grown increasingly upset with his refusal to listen to criticism, lack of diversity, and that time he made fun of a high-profile woman in his industry for criticizing the way he runs his department. Surely he wouldn’t be allowed to keep his job, or at the very least, the higher-ups would tell him to watch his public image?

But that man is Steven Moffat, the current showrunner of Doctor Who and co-creator of Sherlock. In Moffat’s universe, he gets rewarded, not punished, for his history of dismissive, problematic speech and writing.

He now presides over not one, but two of the most popular shows in the world. And far from being chastened by recent demands for his replacement, he remains as glib as ever, confidently declaring that women watch Sherlock only because they’re attracted to the main character, even as he’s describing his plans for the fourth and fifth series of the show whose popularity grew on the back of its massive female fanbase.

Clearly, Steven Moffat has a lot to be happy—or infuriatingly smug—about:

Moffat is happy his wife is no longer the size of “a boat,” because her pregnancy was a scary time in his life that left him “pretty frightened” and “disgusted.”

Moffat is happy he was able to hire Karen Gillan to play Amy Pond. He thought Gillan was “wee and dumpy,” but it turns out she’s “5’11” and slim and gorgeous.”

Moffat is happy he was able to “[shag] his way ’round television studios like a mechanical digger” and still wind up with a successful television career, married to one of the most powerful producers in the industry.

Moffat is happy Sherlock Holmes isn’t asexual, because there’s “no fun in that.” Of course Sherlock’s not gay, either, because “he wouldn’t be living with a man if he thought men were interesting.” And although John and Sherlock are “definitely a love story,” Moffat doesn’t see why it should be “weirdly sexualized.” Moffat is happy he can write only the most interesting, innovative, entertaining relationships into his shows—straight ones.

Moffat is happy that while women may fuss about equal treatment, deep down all they want is to “be the one.” The one to “melt that glacier,” the one who “knows what men like,” the one who has “a crush on the Doctor.” He’s happy because he knows this secret about women.

Moffat is happy because he knows he can keep “dumping the slightly needy girlfriend by palming her off on a copy” of his hero. It’s brilliant, because after we’ve gotten her out of the picture, we can laugh at her!

Moffat is happy because the BBC just let him choose another white dude as the next Doctor, and he got to make that Helen Mirren joke about how he’d “like to see a man play the Queen,” and nothing happened.

Moffat is happy that even though “women are needy” and spend all their time “out there hunting for husbands,” he still writes them so well. After all, he wrote Coupling!

Moffat is happy that he has given British entertainment such sweeping diversity, like when he made his only gay character fall in love with a man, or when he gave us all a complex array of three different women who fell in love with the Doctor in childhood, as “impressionable young girl[s]” who then “live for the days” when they meet him again.

Moffat is happy that he does not have to listen to criticism, because criticism is “defamatory” and anathema to his creative vision, and also it usually comes from

c) nerdy, needy fans obsessed with little details no one else cares about, like why someone who regularly rends space-time suddenly can’t rend space or time.

Moffat is happy he doesn’t have to deal with a female Doctor. He knows “we don’t care” about a TARDIS full of women and their feelings and backstories.

Moffat is happy that bisexuals “probably don’t even watch” his shows because they’re off “having far too much fun” getting laid. If they were watching, he’d have to make them characters or something, which would be weird, because his gay characters are “going through a phase” anyway, like Irene Adler was before she met the man who could turn her straight.

Moffat is happy because sometimes he knows his characters so well it’s like they’re speaking for him. Like when Sherlock asks Mrs. Hudson, in the final episode of season 3, “What exactly is the point of you?” Or when Charles Magnusson says in the episode’s opening scene, “The whole world is wet for me.” Steven Moffat is happy the whole world is wet for him, ready and eager for his stories. Steven Moffat knows he’s the best ride we’ll ever have.

Moffat is happy because when he goes to Comic-Con, he is a god, and it’s good to be in a place where he can truly feel like an inspiration to all those other younger, marginalized geeks—where he can stand as the living embodiment that if you work hard and sleep with a lot of people, you too might one day be able to write your “red-blooded male” fantasy of a hot redhead “flirting with herself.”

Moffat is happy that although he’s unfortunate enough to live in “a culture” with such “a huge, unfortunate lack of respect for anything male,” he can do his part to level the playing field for blokes like himself—men who just want to make the world a better place.

Correction: This article originally gave a minor attribution to Moffat for a plot point that occurred slightly before his tenure as showrunner on Doctor Who.