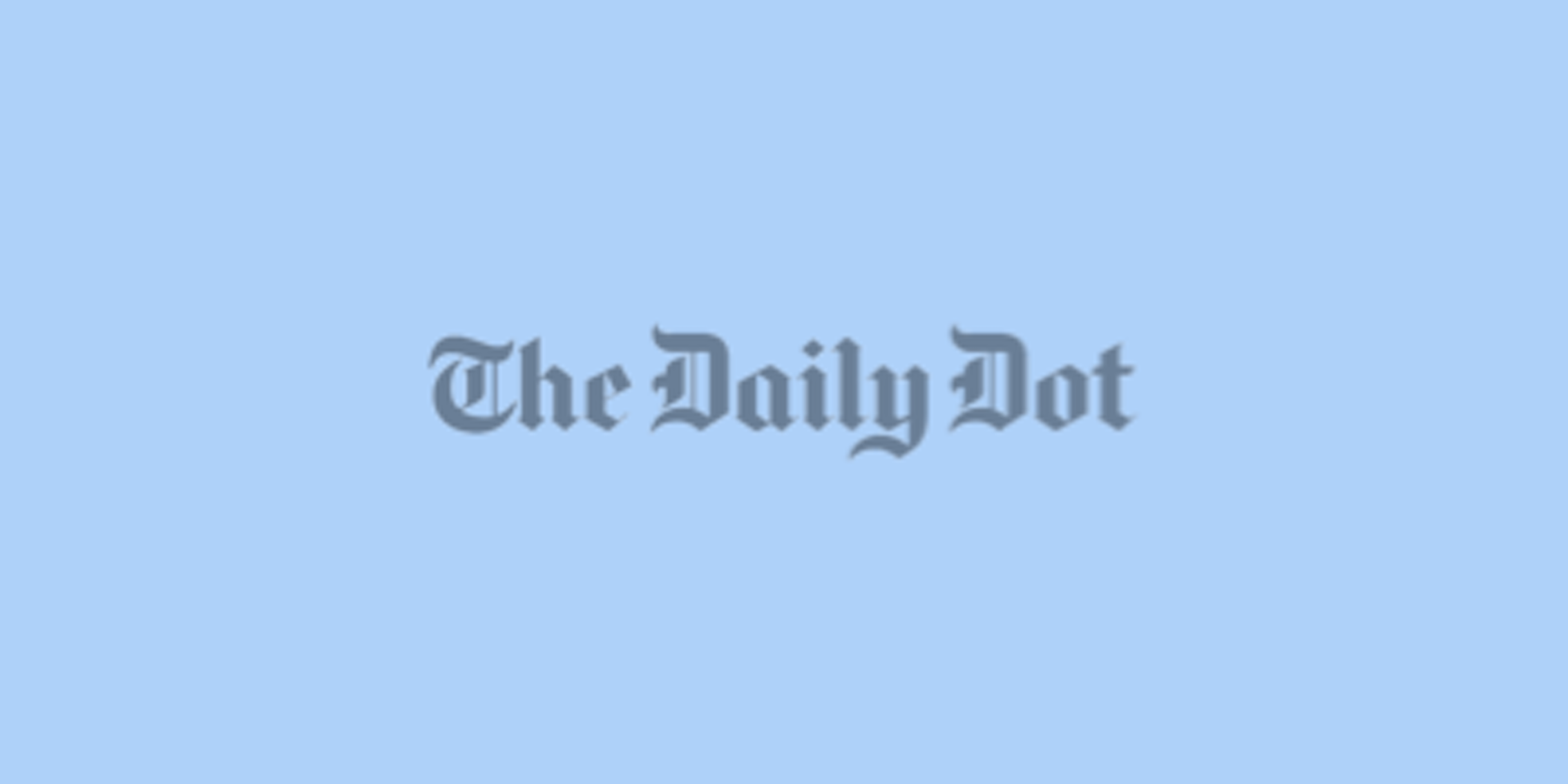 Twilight Company is the first canon 'Star Wars' novel to delve deeply into the 'war' part of the saga's name.

Star Wars fans itching to get their hands on EA’s new Battlefront game still have to wait two more weeks. In the meantime, there’s a sweeping, gritty novel about a ragtag Rebel Alliance company that should whet their appetite.

Star Wars: Battlefront: Twilight Company by Alexander Freed is only loosely based on the game itself, but its harrowing adventures, wartime bonding, and Band of Brothers-esque realism sync up perfectly with the feel of the game. The book focuses on Twilight Company, an elite mobile-infantry unit fighting some of the toughest battles against the Empire and losing ground and personnel at every turn. Readers will begin to sympathize with several of the main characters as major twists in the war—some of which we saw in the original trilogy—force the soldiers of Twilight Company to adapt or die.

Even if you’ve never read a Star Wars novel before, Battlefront: Twilight Company is designed to draw you in. In an email interview, Freed told the Daily Dot about the inspiration he drew from the video game, the thought process behind several of his book’s main characters, and how he developed the new Star Wars canon’s first true “war story.”

Did you research real wars or watch any depictions of them to prepare for writing this book? There was a very Band of Brothers feel to some of the chapters.

The bulk of real-world research I did was in the area of modern (late 20th and 21st century) rebel and militia movements. I wanted to create a semi-plausible feel for a coalition of hastily trained and underequipped volunteers without a strong central command system. On top of that, of course, there’s all the usual details that need to be looked up—I read up on head trauma and jargon and so forth.

I’m not a veteran or a war journalist, but it was important to me that the book echo (even if only faintly) the realities of war. The Star Wars universe is a weird, fantastic, science-fictional place, but you still want it to resonate with real-world truths.

Besides the obvious technological advancements, is there anything about a war in Star Wars that makes it different from the kind of wars we fight on Earth? How did you try to convey those differences in your writing?

Once you start looking at logistical (and technological) issues in the Star Wars galaxy too closely, you risk creating a war that’s totally unrecognizable. And the ground battles we see in the films really don’t look that foreign—the Empire lands troops instead of bombarding Hoth, the clones are ferried around in troop carriers that aren’t so different from tanks, and so on. Trenches and flanking still work. Despite population sizes, armies on the ground aren’t millions strong. So you need to find ways to push the setting to support familiar modern combat methodologies with strange and fantastic aesthetics. Dealing with hyperspace travel is a little trickier—there’s no real-world equivalent—but that’s rarely the focus of a plotline.

Of course, there’s another big difference between a war in Star Wars and wars on Earth: Namely, the moral dimension. Very few real-world conflicts have as clear distinctions between right and wrong as you see in Star Wars, where a dictator from a cult of supernatural evil is running the show. That makes dealing with the moral implications of war a lot trickier, but it’s also key to the setting—Star Wars is about an epic clash between good and evil.

So how does one retain that epic fantasy feeling without glamorizing the choice to take up arms and kill? Twilight Company tries to engage with the individual psychological consequences of the war on both sides—not by making the Empire the good guys or making the Rebel Alliance shady and underhanded, but by recognizing that, justified or not, the fighting takes a toll on both combatants and innocents.

What appealed to you about writing Namir, a rebel soldier who didn’t have any particular loyalty to the Rebellion? Was it more freeing or more limiting in terms of his arc?

Namir’s background gave me a way to explore the Rebellion with a jaded and cynical eye without making the Rebellion itself cynical. In part, this is an attempt to make the setting more relatable—the same way that Han Solo, in A New Hope, grounds the narrative with skepticism and sarcasm while Luke dreams of heroism—but it’s also a great starting point from which to address some of the moral points I mentioned earlier. Namir is not, arguably, a particularly good man, but he’s fighting for a good cause alongside passionate believers in a righteous revolution.

That isn’t freeing or limiting—it’s defining. It’s key to the conflict he faces.

One of the book’s most interesting characters is Roach, the young recruit. What did you want Roach to reflect about the war and the company?

If I was going to write a story about a rebel infantry company, I figured it only made sense to bring in a new recruit and show the process of training and integration. Roach’s presence also serves as a reminder that all the Twilight regulars had lives before they joined up, and most were never career soldiers. She is, in some respects, the archetypal Twilight soldier.

Roach was also, frankly, just a lot of fun to write. A lot of the Twilight cast have a certain playfulness to them, but Roach mixes in a level of childish joy that’s a change of pace by itself and evokes interesting reactions in the other characters. Her exact age is never revealed, but she’s got a real teenage cynical-awkward-glee-thing going on.

What was the inspiration behind Micha Evon? He’s a very peculiar fellow. Why give Namir such an oddball leader?

Twilight’s an oddball company, really—the Rebel Alliance has to take the volunteers it can get, and Micha “Howl” Evon may not have the polish or sensibilities of a military man but he’s still pretty good at his job. And it’s his worldview that’s shaped Twilight and defined the character of the company’s recruits over the years.

Howl is also the moral compass of the company—not in the sense, necessarily, that he’s always right, but in the sense that it’s his moral philosophy that drives Twilight to act as it does. And while it’s nice to have a leader with ethics, I also wanted to make following Howl a little bit uncomfortable; even if his motives are pure, do we really want to put our lives in this guy’s hands? Is he actually looking out for us, or is he playing some philosophical chess match? Maybe we’d rather have more of a pragmatist on our side. His eccentricities help evoke all this.

You include a side story (that eventually links up to the main story) involving a stormtrooper on Sullust, Thara Nyende. Why did you want to focus on her place in the Empire? What was so important about showing her experience?

Thara developed out of conversations with my editor and the folks at Disney, who suggested adding a “ground level” Imperial point-of-view character during outlining. We’ve got a lot of Imperial higher-ups in the book, but Thara is the only place we really dig into what it’s like for the rank-and-file. She’s also our window on the life of ordinary citizens not directly engaged with the war at all, who haven’t picked a side and don’t really want to.

So in that sense, Thara is there to humanize the stormtroopers and other Imperial forces. She’s not a diehard Imperial patriot, but she’s loyal and dedicated and doing a job that helps out her family and gives her a place in life.

On top of that, Thara let me look at the dehumanizing aspects of the Imperial hierarchy. Stormtroopers may not be clones, but they’re not treated so differently—they’re not even allowed their own names! (Thara is stormtrooper “SP-475.”) They’re constantly monitored, their obedience constantly checked. From the outside, that’s awfully creepy, but Thara finds comfort in knowing her role and having the support of the system.

Why did you choose Sullust for the climactic battle between Twilight Company and the Empire?

That’s an easy one! Sullust features heavily in the Star Wars: Battlefront video game, it’s got a host of interesting features (underground cities, volcanoes, Imperial manufacturing centers), and it hasn’t seen a lot of play in past Star Wars works. It was a big blank canvas neatly packaged with the paints I needed for a big flashy finale; I knew I wanted Sullust for a pivotal part of the story even before I knew precisely how. That’s one of the advantages of working with a franchise property instead of building everything from scratch—sometimes the solutions to your problems are just sitting there.

There’s going to be a lot of debate about Governor Chalis—whether she’s evil or just self-serving, and whether she somewhat redeemed herself by helping Twilight Company. What do you think of her? Is she more complicated than your average Imperial governor, or is this what you imagine most governors are like—trapped on their own planets, forced to mete out justice for a distant Emperor?

It’s easy to categorize everyone in the Empire’s upper ranks as either true believers or selfish powermongers, given most of them spout the party line of “security through strength” in public. But I like to think that high-ranking Imperials are as complicated as anyone else behind the scenes—there are true patriots and utter sadists out there, sure, but most of the rest find ways to justify their actions to themselves and, if need be, delude themselves.

In her actions as an Imperial governor and adviser, Chalis isn’t really much different from a hundred others in similar positions. Does that mean they’re all monsters, or that they all deserve some measure of sympathy? (And I do certainly have some sympathy for Chalis—but then, I have sympathy for Verge, as well.) Even if you choose to judge her based on her motives rather than her actions—which motives? She sees herself as totally self-aware, but does even Chalis understand why she does what she does?

What do you hope your book contributes to the pantheon of war stories set in the Star Wars galaxy? What makes it different?

On a surface level, I wanted Twilight Company to do for rank-and-file infantry what, say, the X-Wing novels did for life as a pilot or the Republic Commando books did for the elites of the clone army. Star Wars fiction really hasn’t covered the Rebellion’s ground troops in any great detail, so that alone will hopefully make it stand out.

On an artistic level, I hope it manages to capture a sense of people living ordinary, difficult, dirty lives, wrestling with moral questions while still existing within a framework where absolute good and evil exist. Call it “aspirational Star Wars“—the heroic saga is real, but it’s tantalizingly out of reach for our protagonists. They’re just muddling along as best they can.