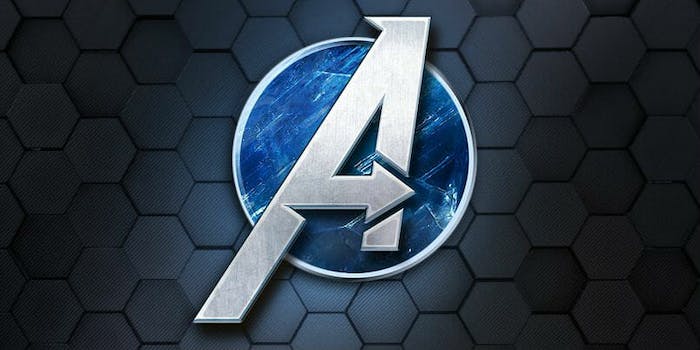 For a couple years now, we’ve known that Square Enix is developing a game based on Marvel’s Avengers franchise. The video game publisher/developer scored a deal back in February 2017 for the exclusive rights to any game adaptations of the incredibly popular IP. We now know that the game will officially be called Marvel’s Avengers, and we’ll see more of it at E3 2019.

The news comes from an official Twitter account for Marvel’s Avengers, which teases that fans will see more information at 2019’s E3 expo in Los Angeles. The tweet shares a link to a live stream that will go live at some point before Square Enix’s presentation at E3. The presentation will start on June 10 at 6pm PT.

The only thing we see thus far is a retooled Avengers logo with an arrow, along with the names of each Square Enix-owned studio working on the project. Those include Tomb Raider studio Crystal Dynamics, Deus Ex: Human Revolution developer Eidos Montreal, Square Enix, and Marvel.

Crystal Dynamics has previously expanded its team to help in the development of Marvel’s Avengers. Among the hires was God of War Lead Combat Designer Vincent Napoli, according to GamesDaily.biz. Other notable names on the team include Dead Space franchise co-founder Ben Wanat and Halo and Call of Duty alum David Fifield.

In addition to Square Enix’s live stream, Game Awards creator Geoff Keighley followed up on Twitter by saying that Marvel’s Avengers would be featured as part of the E3 Coliseum festivities on June 11. Coliseum is a series of panel-style discussions exploring the development and backgrounds of multiple major upcoming games.

Looking forward to this: Don't miss a showcase of Marvel's AVENGERS game from @CrystalDynamics and @squareenix live at @E3 Coliseum on Tuesday, June 11. The game is set to be revealed at @E3 pic.twitter.com/hoSgReXUiT