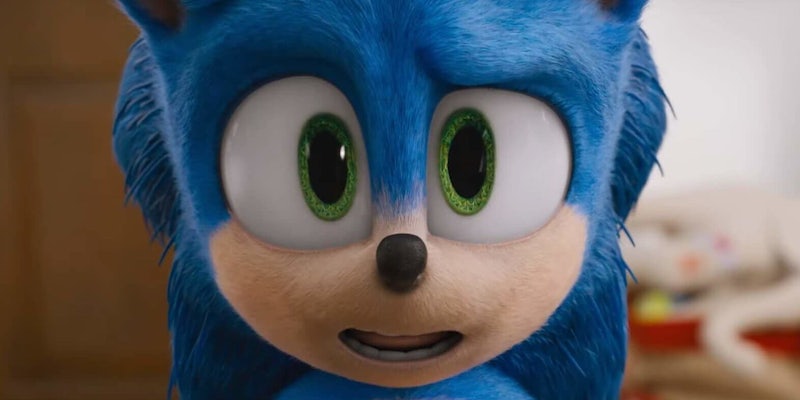 The ‘Sonic the Hedgehog’ live-action redesign is a marked improvement

Sonic the Hedgehog is one of the weirder movie controversies this year. When the first trailer came out in April, Sonic fans were so disgusted by the character’s weirdly “realistic” CGI design that Sonic’s human-looking teeth became a meme unto themselves. Paramount Pictures decided to delay the film a few months and redo Sonic to look more like his cartoonish origins, and now they’ve unveiled the new version.

The new and improved Sonic is a lot more stylized and, crucially, doesn’t seem to have a mouth full of photorealistic teeth. Fans reacted positively to the character’s redesign on Twitter.

Man fully had a glow up & actually looks like himself now! pic.twitter.com/xwaoNMUsGV

This is so much better. I'm glad they revamped him. I wouldn't be embarrassed to see the Sonic movie now. pic.twitter.com/ebGf3eUB9h

EVERYONE SAY THANK YOU TO THE SONIC MOVIE CREW

They really deserve a treat for actually listening to the fans and redesigning Sonic here.

I thought the leak was too good to be true but the new design LOOKS SO GOOD#SonicMovie #SonicTheHedgehog pic.twitter.com/a9NQloTwLb

When Sonic has 0 rings to keep him alive.

When Sonic collects 1 ring to keep him alive from a hit.

Co-starring Jim Carrey as Dr. Robotnik and James Marsden as Sonic’s human friend, Sonic the Hedgehog comes out on Feb. 14, 2020. It bears very little resemblance to its video game inspiration, but then again, Detective Pikachu was also pretty different from most people’s experience of Pokémon, and it was still a hit.

You can watch the newly designed Sonic in the trailer below.