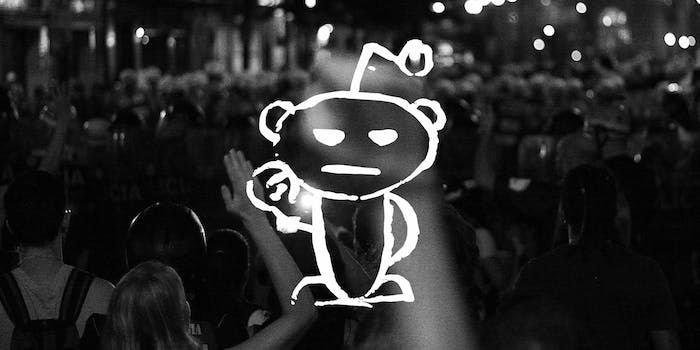 The internet and video games have a mixed relationship. Online you’ll find rampant sexism, endless harassment of people not even involved in making gameplay decisions, and anti-Semitism and pedophilia being promoted by major game publishers on 8chan. It’s thus peculiar to see one of the gaming community’s biggest forums fight back.

In a post labeled “r/Games is closed for April Fool’s. Find out why in here!” forum moderators gave a detailed description of the discriminatory language they see lobbed at marginalized communities on a daily basis. The moderators went as far as to link back to clear examples of transphobia, Islamophobia, misogyny, pro-pedophilia, and an entire album of examples of every other form of bigotry. As mods wrote:

…it’s come to our attention that what has been intended to be a forum for the potential spread of knowledge and involvement in video games has instead become a battleground of conflicting ideas. Ordinarily, this isn’t an issue; discussion by its very nature is certain to bring argument, but when that argument descends into vitriolic attacks between individuals on a regular basis with no chance at deescalation, that’s when, put simply, something’s got to give.

R/games boasts 1.7 million subscribers and is often regarded as a location for more “serious” discussion on video games while r/gaming is usually the place to post memes, jokes, and less in-depth reactions to gaming news. Despite the difference in approach, the previously linked examples show that hasn’t stopped discussions on r/games from descending into vitriolic language that wouldn’t be out of place on 8chan or similarly hateful forums.

R/games moderators closed the post by linking to various charities focused on pro-LGBTQ, people of color, women, and disability charities. They also called on r/games subscribers to show more public support for healthier rhetoric and discussion on the forum.

“Let’s revel in what’s available to us, and also appreciate the myriad of backgrounds that we as gamers come from,” the post reads. “Our differences in experiences comprise the diversity in the content that we consume, and by allowing ourselves to appreciate those differences, we change our perspectives and interpretations; this applies not only in games, but life as a whole.”

The timing of the post is unfortunately misplaced, judging from comments on Twitter and beyond. Making a serious post on April Fools’ Day inevitably had some wondering if it was a joke.

But overall, Twitter’s reaction to the 24-hour shutdown has been positive and hopeful for the future.

As a really positive move, Reddit /r/ games is offline for April fools day. It's not down as a gag, it's down to highlight a very serious post about toxic attitudes, discrimination, and disgusting behavior they're trying to combat in their own community. https://t.co/2PfwfsOJIm

In a comment to Kotaku, moderators of r/games said they would be answering community questions in a separate meta thread to come.