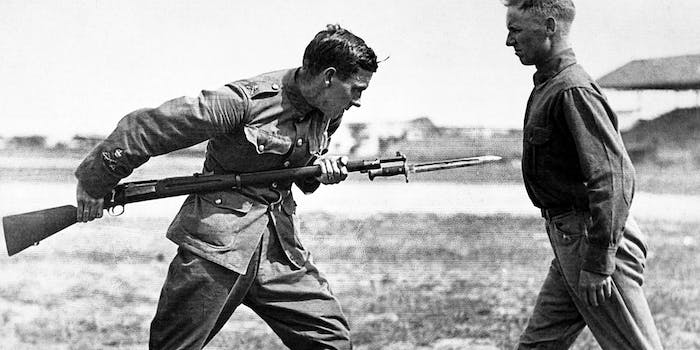 Women of the game industry share advice on surviving harassment

Developers turn anger into solidarity, and learn the tools to fight back.

When a game developer’s peace of mind and quality of life are battered by the trolls of Gamergate, she has no choice but to batten down the hatches and fight back.

Anyone who doubts that the assault on the video game industry called Gamergate is both real and traumatic needs to sit in on a panel like “Game Developer Harassment: How To Get Through” delivered Wednesday at the 2015 Game Developers Conference. Game designers Elizabeth Sampat and Zoe Quinn, competitive esports veteran Neha Nair, and social media and community management guru Donna Prior have been through the ringer and thrived in spite of the abuse.

Sampat, who designs both video games and tabletop games, is a vocal critic of the Penny Arcade Expo because she felt a Penny Arcade webcomic belittled and antagonized rape victims in the past. Speaking out three years ago against attending PAX made Sampat a target for a subset of young, male gamers who, a few years later, would form the ranks of Gamergate.

“[Gamergate] has brought this kind of harassment into the limelight,” Sampat said, “but rest assured, it was always there. The rape threats and death threats against me and my children for daring to suggest that people not attend PAX were in 2013. … Assholes have always been assholes.” 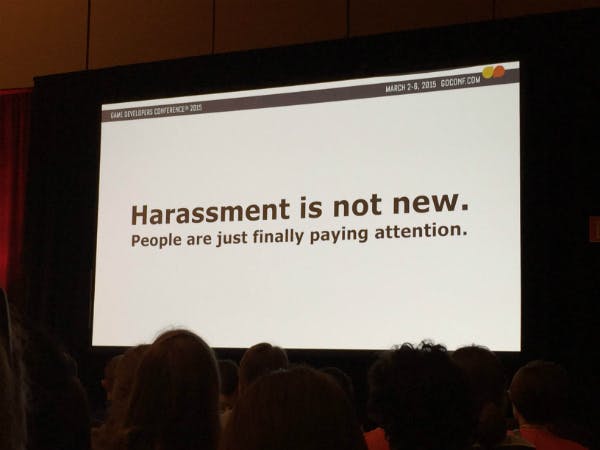 When Sampat lost her position as a senior game design strategist at a creative agency, Sampat turned to Twitter to network and seek new employment. “It’s always been a place that’s been good to me despite the harassment I’ve received there,” Sampat said. “I got my very first job in the industry through Twitter.”

Her unemployment gave Gamergaters a weakness to pick away at, and Sampat found herself under a social media assault. Things like two-factor authentication and blocking tools on Twitter, enabled Sampat to get things under control. “But can we stop for a second and acknowledge how fucked up it is that I had to choose between hobbling my job search and having strangers tell me that they hoped my family starved in the street?”

Sampat fears the chilling effect that harassment has on women in the industry, who hear about what Sampat went through as a result of speaking out. Sampat is afraid that women will be less likely to speak out against harassment, or even that they’ll avoid or leave jobs video game industry.

Neha Nair works in user relations at Storm8, a mobile game development studio. She used to work at Riot Games, the developer of League of Legends, and before that was a competitive esports player. “Back then, this was a highly, highly male-dominated community,” Nair said. “If you found a woman, it was pretty much discovering a gold mine. I didn’t know anyone else.”

Nair never felt ostracized or isolated from video games before she got involved with esports, because she grew up playing video games with her brother. Then Nair started playing esports games online. She faced harassment for being a woman, being Indian, and for her physical appearance. For Nair, the abuse bled from the Web and into her real life.

At her very first esports event called Digital Life, which took place in New York City in 2007, Nair was sexually assaulted, while several friends were also sleeping in the room. Afraid to start a confrontation between her assaulter and a male friend who was there, Nair fended off her attacker and hid in a bathroom until the following morning. Her assaulter denied what he’d done.

When Nair worked at Riot Games and managed professional League of Legends players, she dealt with sexism from the players she genuinely cared for. Nair turned her anger around, and used it to fuel her career in the video game industry. One of the best ways to fight back was to trumpet her successes to attackers. “You literally just sit there and write forum comments,” Nair recalled telling an online abuser. “I’m traveling to Paris to compete in an event.” 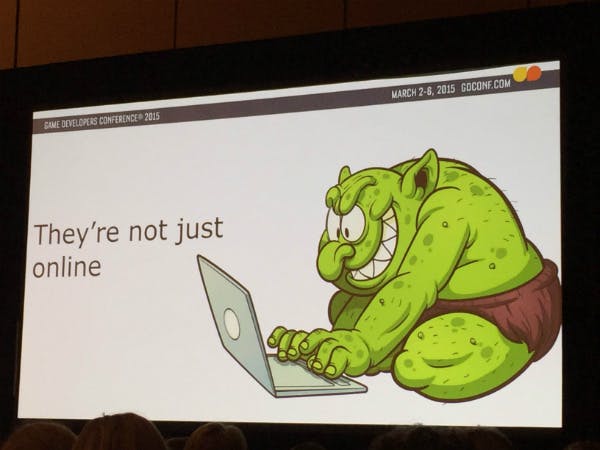 Donna Prior left a 14-year career in information technology to join the community management team on Pirates of the Burning Sea. Her software support experience—serving as a conduit between the client and the customer—came in handy. What made community management different, however, was facing real-life, face-to-face abuse from people she’d had to ban from forums for abusive behavior.

When Prior began serving as a community manager on the massively multiplayer online game The Old Republic, her team was told that they would be using their real names as forum handles. “As any community manager will tell you,” Prior said, “the contractors and staff who hand out your disciplinary action should always be protected [with anonymity].”

Hundreds of thousands of accounts for The Old Republic forums had been created before any forum moderation was put into place. The community had grown toxic and abusive as a result, and Prior was only one of three people brought in to start policing the forums. The community members didn’t like the sudden imposition of rules and standards, and as the only woman on the community management team she took the brunt of the resultant abuse from the fans.

“Some players I actually encountered at PAX. … And I had two people come up to me, and one said that I had no business working in games, ‘fatass,’ and ‘I would punch your fat face, if I didn’t want to get thrown out of the convention.’”

Five years later, Prior is still getting abuse from the members of The Old Republic forums she banned for bad behavior. And now, with the advent of Gamergate, her abusers are rallying Gamergaters to add to the assault. 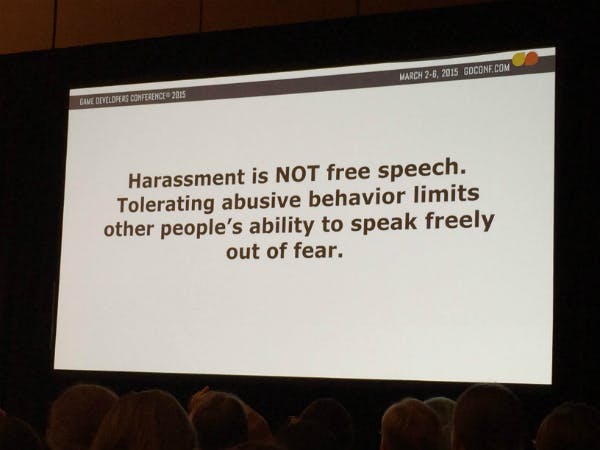 Zoe Quinn, the developer of Depression Quest, and an indie evangelist, has been on the front lines of this sort of sustained harassment for seven months. “If Gamergate was an atomic bomb,” Quinn said, “I was the person who the bomb actually landed on the head of.”

Quinn wasn’t at the panel to discuss what she’d endured under the abuses of Gamergaters, however. Quinn attended to tell the audience how to prepare themselves for the day they might becoming embroiled in the ongoing culture war.

Quinn advised the audience to document all abuse with timestamps and URLs, for when one needs to contact the authorities about threats. She suggested that Googling oneself, and deleting old accounts, and removing personal information from third party brokers like Spokeo is a must. Quinn said developers should protect against DDoS attacks using services like Cloudflare and take steps to deny Web access to anyone using the anonymous browser TOR.

Quinn gave advice on how to prevent SWAT attacks. In one chilling episode, Quinn described how family pets could be shot by police during a SWATing raid, and that developers should lock their dogs away if and when developers suspect that a SWAT attack is incoming. Quinn suggested that developers reach out to family members and friends to be on guard, in case Gamergaters try to suss out information about the developer.

All told, the steps Quinn suggested in rapid fire were collectively terrifying, but they were necessary preparations for anyone who planned to speak out against Gamergate. Quinn said developers have no choice but to fight back.

“Conventional wisdom has totally and utterly failed us,” Quinn said. “The concept of not feeding the trolls is outdated. What trolls actually want to feed on, is your silence. In game communities, when people are trying to push out the new, the challenging, the different, the people that are starting to express their voices and their ideas for the first time…[feeding them] is silence.”

Photo via US DoD/Wikipedia (PD)