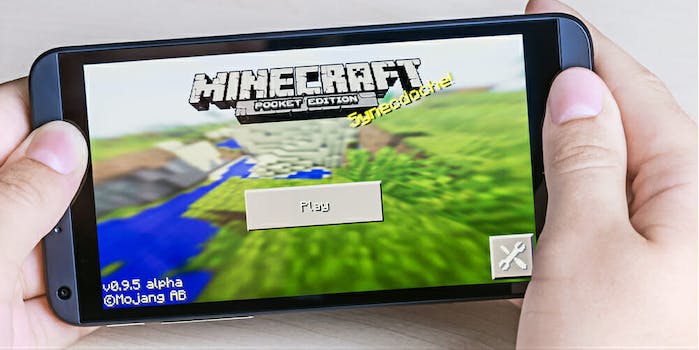 His behavior has become increasingly erratic and hateful online.

The recent update to Microsoft’s Minecraft comes with plenty of new features, but everyone’s attention is on what it is missing.

The update wiped out mentions of the award-winning game’s creator, Markus Persson, better known as “Notch.” Though Notch is still listed as the game’s creator in the credits, the nods that used to decorate the in-game splash screens are gone. The removal could be an effort by Microsoft to better establish ownership over the game. The company acquired Minecraft back in 2014, but it has long been synonymous with Notch. But the sudden decision to distance Minecraft from its creator was likely rooted in his increasingly toxic behavior online.

In earlier versions of the game, fans could expect to see random messages displayed on the game’s splash screen. When starting up the game, yellow text appears on the title screen to deliver a short, usually funny, message. Previously, messages like “Made by Notch” and “The Work of Notch,” were included in these random phrases. The recent update did away with them, substituting with new phrases like “look mum, I’m in a splash!”

The 39-year-old creator has been drifting closer and closer to the far-right over the years. He is a known supporter of QAnon, a complicated pro-Trump conspiracy theory focused on purging “criminals” like Barack Obama and Hillary Clinton. Notch is also known to tout racist and transphobic views online, which often stirs his supporters into a frenzy. As the Daily Dot flagged in 2017, he’s also tweeted about Pizzagate and his nearly two-year-old tweets remain public. This month may have been the final straw, as the Dot wrote on March 20.

[H]e tweeted that he would rather be a “fascist cunt” than have a “feminine penis.”

Notch penned the tweet after he encouraged his followers to “punch a commie,” as “the only good commie is the one your fist is connecting with right this second.” The tweets were controversial in their own right for seemingly condoning violence (though Notch would tell his followers “do not punch anyone” three hours later).

Minecraft’s popularity among a young crowd may help to explain Microsoft’s decision, but there are sure to be people that are upset by the removal of Persson’s splash text.