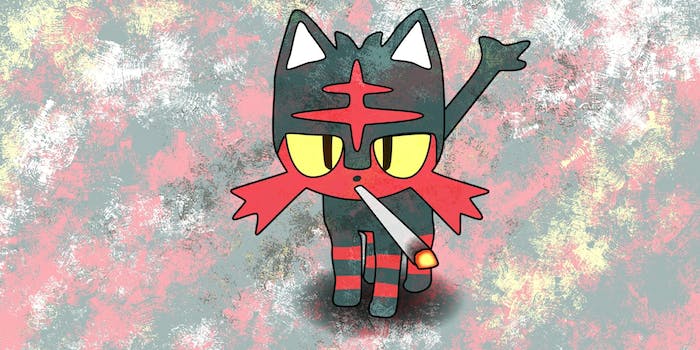 The best Pokémon memes every fan can relate to

You can't catch all of these Pokémon memes.

While 2016 may have been a rough year by most measures, there is one thing it did right: Pokémon.

The beloved franchise celebrated its 20th anniversary in 2016, and by pretty much any measure, it was a banner year. Between the worldwide phenomenon of Pokémon Go (still being improved upon, now featuring second-generation pocket monsters) and the remarkably fresh seventh-generation entry Pokémon Sun and Moon, Pokémon rewarded newcomers and longtime fans alike with high-quality, unique, and endlessly addictive RPG gaming. That’s not even mentioning the new card game expansions and the animated show’s 19th season.

That’s to say nothing of the Pokémon memes. There have been too many to catch them all, but here were some of our favorites.

Get in the Bag, Nebby

One of the best running jokes in Pokémon Sun and Moon is Nebby, a legendary Psychic-type Cosmog Pokémon, who is supposed to be kept secret in Lillie’s bag. Only problem is Nebby and bags go together like oil and water.

Pokémon is nothing if not addictive. And, you know, every time you sang along to the show’s theme song, you did promise to be the very best. What are you going to do, break a promise? On the other hand, jobs pay money. Tough choice.

The disappointment is palpable.

That rock is sturdy-looking, but it also looks like it could be walked around without much trouble. Also it kind of looks like a big chair. Maybe a sleepy Pokémon could nap in it?

It’s entirely possible that there is an untold subplot about every Pokémon character’s parents were murdered by small cliffs.

When you start learning the correct way to say Poké-names

We know all too well that the pronunciation struggle is real. Kyogre and Rayquaza say hi, by the way.

Pokémon Go is the best for this kind of thing

The Dog, you see, doesn’t know

Dugtrio = Masters of the Universe

This is even more obscene than those Diglett dick pics that started cropping up after Pokemon Go.

I believe you will find this meme certifiably “dank”

Litten is a starter Pokémon in Sun and Moon and is named as such because, you see, Litten is a fire cat. So I suppose you could say these Pokémon are “lit,” but I wouldn’t.

Uhhh… Now That’s What I Call A Dank Meme™.

The new art style in Sun and Moon has been celebrated by most, but not the most ardent of Wailord fans.

The best visual metaphor for this garbage year is Pokemon Sun and Moon’s creepiest Pokemon: Mimikyu.

"describe 2016 with one picture" pic.twitter.com/weY4RiocCJ