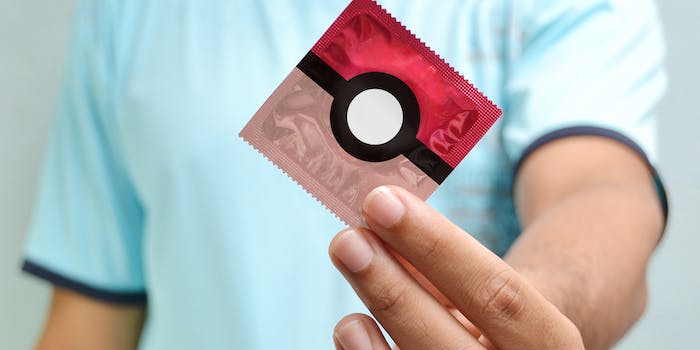 The cast includes a couple of hunky college boys playing Ash and Brock, along with a musclebound dude in yellow ears and lightning tail as “Peek-a-choo.”

There’s also puns that play on existing game characters: Bulbasaur becomes “Buttplugosaur,” which Ash and Brock manage to successfully catch with a Poké Ball toss in “the Gay Forest.”

GIF via Queerty and Men.com

GIF via Queerty and Men.com

Comments on the YouTube trailer ranged from calls to make a gay Sailor Moon parody, to sheer crippling horror, to criticisms over the lack of Asian actors cast in the video.

While the trailer is fully clothed, the full video (NSFW) promises to serve up a whole lot of hot man-on-man action.

Finally, gay Pokémon fans can get in on the action.