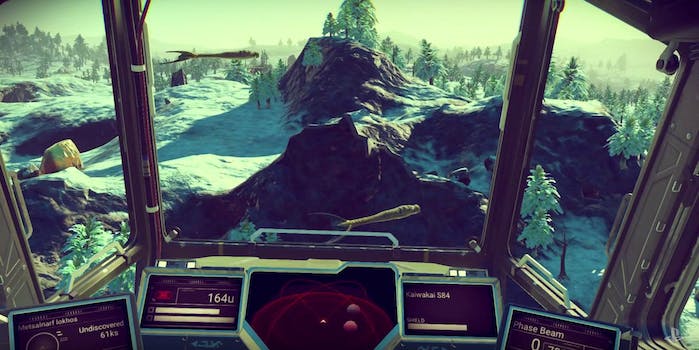 A Twitter account and email address belonging to the development company behind No Man’s Sky was allegedly hacked early Friday morning.

Around the same time, a number of journalists were contacted via email by someone claiming to be Hello Games founder Sean Murray. One email posted in full by Polygon decries harassment No Man’s Sky developers faced from irritated gamers while apologizing for putting an unfinished product on the market.

The constant harassment and absolute gross misconduct on the community’s part has made it hard to fulfill our artistic vision, while the pressure from Sony to release the game as soon as possible forced us to cut key features. I want to apologize for what we did not deliver on, as the game does not meet up to what our artistic vision was.

No Man’s Sky was long hyped by both Hello Games and the gaming community as a revolutionary game that procedurally generated billions of planets for players to explore. High expectations for the game backfired when it debuted with game-breaking bugs and without key features, causing some gamers to demand their money back. The studio has since released patches to improve the game.

Several hours after the incident, Sean Murray tweeted that Hello Games had been hacked, indicating the breach came through LinkedIn. Murray’s tweet suggests that he wasn’t using the additional security measure of two-factor authentication on site.

Both Forbes and Mashable received emails purporting to be from Hello Games that claimed a “disgruntled employe” was responsible for the incident, and that the company planned to handle it internally. It’s still unclear, however, if those emails are legitimate.