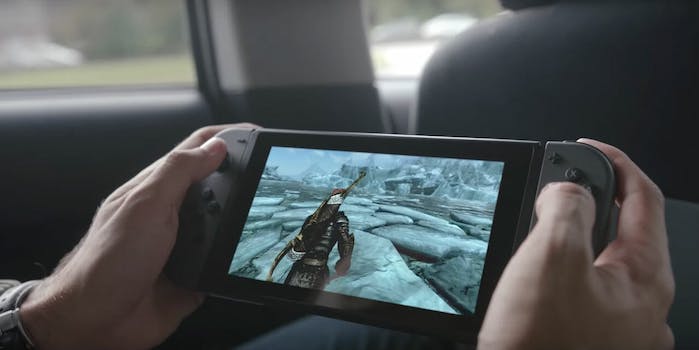 This is a disappointment for retro gaming fans.

Nintendo Switch owners were disappointed to learn Tuesday that they won’t get access to Virtual Console. The fate of the service, which provided convenient access to old-school games on Wii and Wii U, has been up in the air since before Switch was released last year.

Fans hoped that Nintendo would extend the service to Switch, letting them play old titles on the latest hardware without having to pay for the games again. In a statement to Kotaku, Nintendo said it has “no plans to bring classic games together under the Virtual Console banner as has been done on other Nintendo systems.”

Retro gaming fans still have options for playing the classics. Virtual Console will still be supported on Wii U, there are the retro mini NES and SNES consoles released by Nintendo, and the company will launch Nintendo Switch Online in September. In addition to providing cloud-based saves—an important update for fans frustrated by Switch’s lack of backup options—Switch Online will come with free access to 20 classic games including Balloon Fight, Dr. Mario, Super Mario Bros. 3, Donkey Kong, Ice Climber, The Legend of Zelda, Mario Bros., Soccer, Super Mario Bros., and Tennis. Ten additional games have yet to be announced.

Nintendo Switch Online will cost $3.99 per month in the U.S., or $19.99 per year. A family membership that lets up to eight Nintendo account holders to use the same subscription is priced at $34.99. While Nintendo Switch Online isn’t terribly expensive, gamers will likely be unsatisfied with the limited options and having to pay—again—for games they already purchased.
Game publishers, meanwhile, seemed to see this coming. According to Polygon, Square Enix, SNK, and Capcom all have classic 8-bit and 16-big game collections for Switch already on store shelves or headed there soon.
Share this article