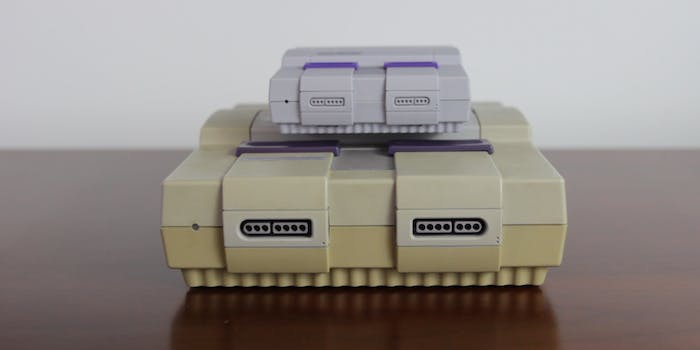 Is the SNES Classic worth the effort to buy? Here’s our review

Here's how the SNES Classic stacks up.

Should you try to buy an SNES Classic? It depends on what kind of gamer you are.

Nintendo’s miniature novelty console comes with 21 fantastic games baked right in. You’ll find two controllers in the box, which is a huge improvement over the NES classic. Every game allows four save states, so you can freeze your progress anywhere in the game and return to it later. There’s also a new Rewind feature that shows you about a minute of your gameplay right before you saved. This could come in handy when returning to a game’s storyline after a long time away from it, to remember what the heck you were doing.

There are three display modes, including a CRT filter that I really enjoy, and frame borders spice up the dead space on your 16:9 TV. Thank you, Nintendo, for not providing a “stretched” aspect ratio—that’s for barbarians.

Hands-on with the SNES Classic console

The console itself is expectedly adorable. It’s very lightweight, which is no surprise, since these games can probably run on on my toaster.

What’s nice is that the controllers feel identical to the originals. The size and weight are right. They don’t feel cheap. That’s a huge part of the nostalgic experience here, and I’m glad they did it justice. What’s still a problem is cable length. The NES Classic controller cables were comically short.

These are a little better, but still don’t reach from my TV console to the couch. What are these, controller cables for ants? It’s also a little fidgety to plug the cables in. You have to remove the face plate on the console to find the ports, and I had to man-handle it a bit.

I understand why this is the case—the SNES would look weird without those classic analog ports on the front, so hiding the real ones makes sense. Pop in your power and standard HDMI cable and you’re ready to roll.

Nintendo makes great software UI, and this is no exception. It’s fun, it’s easy to navigate, and lets you start or resume your favorite game really fast.

I also really enjoy the menu music. The games are emulated beautifully, and controller response is everything you want. It still bugs me that I have to stand up and touch the physical “RESET” button to exit or even save my progress, but I get it: There are literally no additional buttons on the controller to activate these features, so it’s a trade off. And I’m glad they chose faithful design.

There are 21 games on the SNES Classic, most of which are the crown jewels of their era.

Super Mario World started it all. A Link to the Past brought Zelda back to its roots. Super Metroid set a new standard for the genre. Street Fighter II is the baseline for all modern fighting games. StarFox was our first taste of true 3D on consoles. Earthbound tossed everything we knew about RPGs out the window. Contra III is, well, still really hard. And Final Fantasy III (properly known as Final Fantasy VI in Japan) is still my favorite JRPG of all time.

This console also includes Star Fox 2, which was canceled right before its release in 1995, because Nintendo had its eye on releasing the N64 the following year. This is the first time Star Fox 2 has been officially released, which is pretty cool.

But there’s one glaring omission from this roster which kills me. Where is Chrono Trigger?! This box has an all-star ’90s cast, but leaves out the greatest video game of its time. That’s like bringing back Full House without the Olsen Twins. And yes, I think that analogy holds up.

Here’s my deeper concern with these Classic mini consoles. I want to play my favorite games from the ’80s and ’90s, but not like this. It’s 2017. We live in a mobile-first, cross-platform, cloud-delivery world.

I don’t have this confidence with Nintendo. The Classic is a brick with 21 games that you can’t update or expand. And when HDMI cables are obsolete, or I want to play Kirby’s Dream Course on my Augmented Reality Holo-Goggles in 10 years, I’ll have to rebuy it again.

I already paid $60 for it in 1994. Then I rebought it on the Wii Virtual Console, and now purchased it again as part of the SNES classic. I adore Nintendo’s back catalog, and I am willing to pay for it. But I’m tired of buying hardware, and I’m running out of HDMI ports on my TV.

The Switch is getting some sort of cloud gaming service that gives you access to older titles for $20 per year. That sounds great, but it may not include everything you want and you don’t own the games. Will I be able to access it when the Switch is obsolete? It’s anyone’s guess.

The bottom line on the SNES Classic

The bottom line is, if you want a dead-simple box that just plays awesome old games, the SNES Classic is an adorable $80 miracle.

But if you’re hoping for a modern way to enjoy retro games, I’d suggest waiting to see what Nintendo comes up with in the next few years. Sure, it’ll sell a bajillion SNES Classics and make make 10 trillion Yen, but come on, guys. We can do better than this.