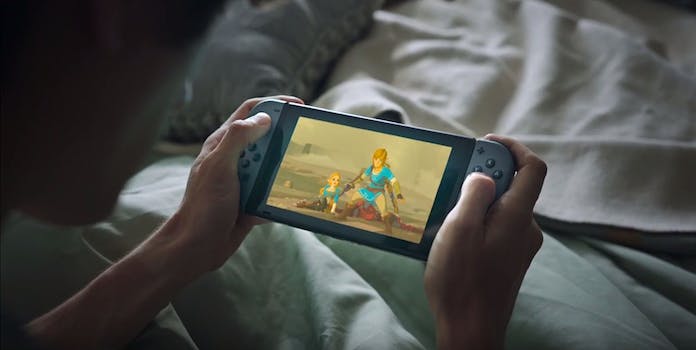 Where there's a will, there's someone smart to find a way.

Every fan of video games knows it’s awful to lose your progress to a corrupted file or broken console. Unfortunately, fans of the Nintendo Switch still have to contend with the console’s lack of backup save functionality. It seems a strange oversight for a portable console designed to be played outside the home where it could be lost, stolen, or in the case of my last phone, thrown into a trash can at the Chicago airport because I was too busy eating McDonald’s to pay attention.

Speaking to Kotaku, Giordano laid out how it took him about two weeks to repurpose the original 3DS save manager (dubbed “Checkpoint”) for the Switch, providing Kotaku photos to show the tech in action.

Giordano currently has no plans to release the software publicly, instead keeping it in the hands of some trusted game developers and testers. Plans to upload the source code to GitHub (a code-sharing portal) are still in the works for later this year.

Nintendo has generally had a rocky relationship with save data as video games moved from memory cards to more cloud-based alternatives. The 3DS allowed players to back up their save data, but only on a separate SD card for storage on a PC. The Nintendo Switch launched without any initial support for back-ups, but eventually allowed players to move game data from one Switch to the other, which unfortunately still implied you had to possess the original Switch.

Nintendo hasn’t been one to let up on hackers in recent years. The company has a bounty program that rewards those who find security issues with the console. In a statement to Kotaku, Giordano theorized that Nintendo’s hesitance to develop its own backup functionality stems from previous frustrations with rampant hacking on the Wii U and 3DS.

To his credit, Nintendo of America President Reggie Fils-Aime’ lightly addressed such concerns back in late 2017.

Nintendo has always been a company that’s kept its future plans close to the chest, but it’s not like it would be the first of their devices to feature some sort of backup functionality. Nintendo has made no further comment on whether or not backup saves will be a part of the Switch’s future.