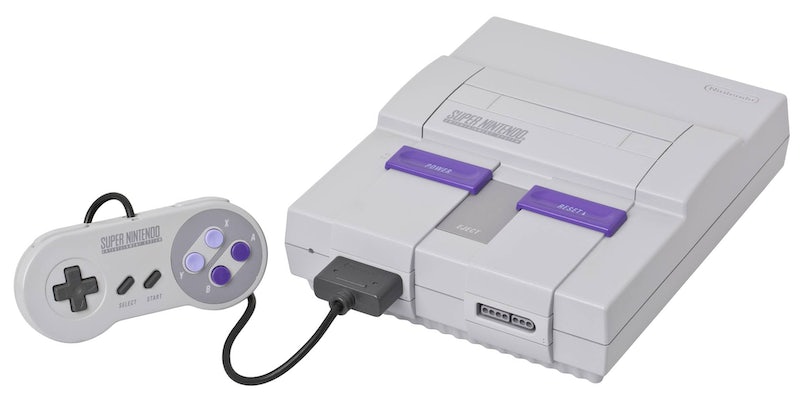 The 21 games on SNES Classic, ranked

We can't wait to revisit these classics.

Nintendo’s NES Classic mini was one of the hottest items on gamers’ lists last holiday season, and for good reason. The small box paid tribute to a bygone era of gaming by packing 30 beloved titles into one plug-and-play machine. Now we’re looking at a repeat of the nostalgia fest (and the frustration of trying to buy a console in short supply) for the SNES Classic.

To celebrate the new miniature console’s release Friday, we’ve ranked the 21 games that come preloaded on the SNES Classic. Of course with so many groundbreaking and beloved titles, choosing the best feels a little like ranking ice cream flavors: They’re all great. No matter which you choose to play first, you can’t really go wrong. This 2D adventure built on the success of the original Legend of Zelda, with improved graphics and a more detailed overworld. The core idea of the gameplay remained the same, with dungeons to explore and useful items to collect, but introduced the idea of alternate worlds to travel between. The expansion of the original Zelda’s ideas makes A Link To The Past one of the strongest entries in the series, and one of the greatest games of all time. —AJ Moser 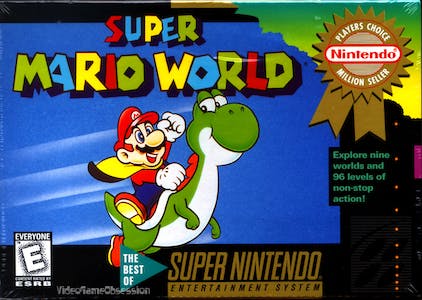 As a launch title for the console, Super Mario World added a great deal of new factors into Mario gameplay that became standard conventions moving forward. New power-ups, Yoshi, and character abilities make this one of the strongest platformers ever made, and it’s a must-play for gamers of any age.—AJ Moser

The best-selling SNES game of all time, Super Mario Kart introduced the cartoony cast of kart racers and spawned one of the most successful franchises in gaming. Many split-screen multiplayer modes were offered, including battles, time trials, and direct head-to-head contests.—AJ Moser 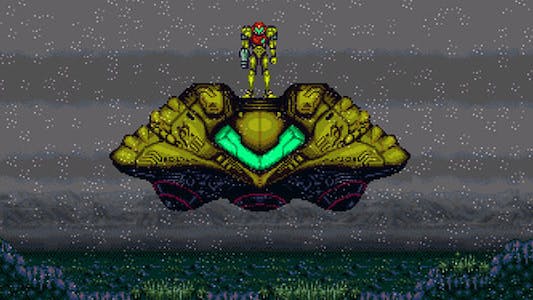 The mysterious atmosphere and tight controls of Super Metroid have spawned an entire generation of indie games trying to recreate the greatness of this 1994 title. Players control Samus Aran with a wide array of power-ups exploring a hostile alien world, solving platforming puzzles and taking down giant boss creatures.—AJ Moser

Though technically a sequel to Mother and released only in Japan, Earthbound arrived in 1995 as a complex RPG full of personality and charm. The game shipped to a mediocre reception from North American audiences, but grew to become a fan-favorite among dedicated fans of the genre for its humor and heart.—AJ Moser

Square released this JRPG as a follow-up to Final Fantasy Adventure in North America, but it is set in an original high fantasy universe. While the sequel was recently released on the PS Vita, it would be nice to see this often overlooked series given some attention for the platform it originally launched on.—AJ Moser 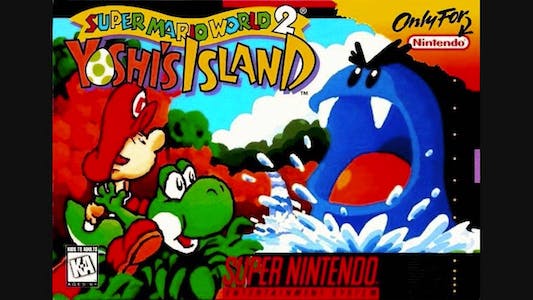 Yoshi’s Island remains one of the most distinct games in the Mario franchise. The colorful, storybook art style and soundtrack contribute to a warm and friendly adventure that puts Mario’s dinosaur buddy in the spotlight. The original direction taken with this game’s design has earned it renown as one the best 2D platforms of all time.—AJ Moser 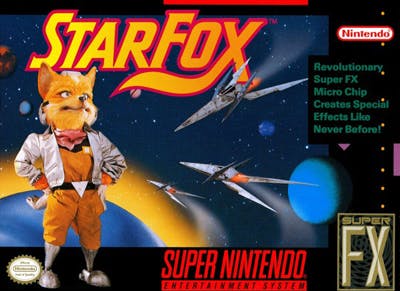 While Star Fox 64 is remembered as the high-point of the spaceship heavy action series, the SNES version of the game laid the foundation, and it deserves to be revisited. The on-rails shooter lets players pilot their ship in a 3D environment, and at the time made use of groundbreaking powered graphics technology.—AJ Moser 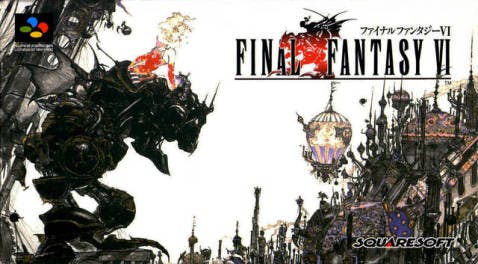 One of the most beloved entires in the iconic JRPG series, Final Fantasy VI tells the story of a band of rebels in a world full of fascinating machines and magic. It was originally released as Final Fantasy III in North America, but legacy has made this turn-based RPG one of the most iconic games in the genre.—AJ Moser

Fans of Konami’s vampire-hunting classic remember it for its mind-blowing Mode 7 background stages and transfixing soundtrack. It was challenging, even for a gritty generation of gamers used to punishing platformers, but few of us could get enough.—Sarah Weber

Mario is the most iconic character in video games, but he’s typically remembered with the platforming games that established his name. The mustachioed plumber has made forays into several other genres, however, including this wonderfully realized role-playing adventure. Legend of the Seven Stars isn’t just a cash-grab or a spin-off, but a full-fledged experience with excellent mechanics and an interesting story.—AJ Moser

Like Super Castlevania IV, Konami’s Contra III had Mode 7 levels and a memorable soundtrack, but we probably remember it best as a great co-op run-and-gun to tackle with friends.—Sarah Weber

Street Fighter II was a huge hit at arcades, and when it came to home consoles with multiple SNES ports, it established a new place for the competitive fighting genre. Street Fighter II: Turbo offered a solid cast of unique characters and rewarding controls, and remains a perfect example of why so many gamers love the fighting genre.—AJ Moser

Donkey Kong Country realized the great ape in a new light, with lifelike graphics (for the time) and stellar platforming action. Rare took over development duties and spawned a trilogy of memorable games with an outstanding soundtrack and creative puzzles.—AJ Moser

You really have to tip your hat to the staying power of Nintendo’s lovable characters. Lots of gaming fans fell for the adorably cartoony Kirby in this delightful compilation of minigames (known as Kirby Fun Pak in Europe), and now, more than 20 years later, we’re eagerly anticipating Nintendo’s next Kirby title for Switch.—Sarah Weber Released in 1993, this game ushered in a new era of the Mega Man series. Along with the transition to more advanced 16-bit hardware, Mega Man X introduced a new story and different technology for players to make use of. Environments were more detailed and complex, adding a different layer of difficulty to this take on Mega Man’s action.—AJ Moser

Super Ghouls ‘N Ghosts was appropriately named because you can expect to die—a lot. Capcom’s brutally challenging side-scroller had what were advanced graphics at the time, and it’s still lovely, but make no mistake: It’ll kick your butt more than once.—Sarah Weber

This Nintendo racing game lacked the charm of Super Mario Kart (which showed up about a year later), but it definitely scratched the speed itch for a lot of racers. It’s biggest flaw is that it lacks a multiplayer mode, which seems like a painfully obvious omission in retrospect.—Sarah Weber

Punch-Out was among our favorite games on NES, and Super Punch-Out was a well-received sequel. It offered fun and challenging gameplay—at least until you learned your opponents’ fighting patterns.—Sarah Weber

While it’s easy to love Kirby, this miniature golf game isn’t for everyone. It had a generally positive critical reception at release, but it can feel a little obtuse since it’s very different than anything else on the console. Paying extra attention during the tutorial mode goes a long way.—Sarah Weber

We didn’t rank Star Fox II because it’ll be released for the first time on the SNES Classic console, and we want to give players a chance to try it for themselves. It won’t have the nostalgia factor many other games on this list enjoy, but we’re sure there will be something special about loading up that “new” SNES title for the first time.—Sarah Weber