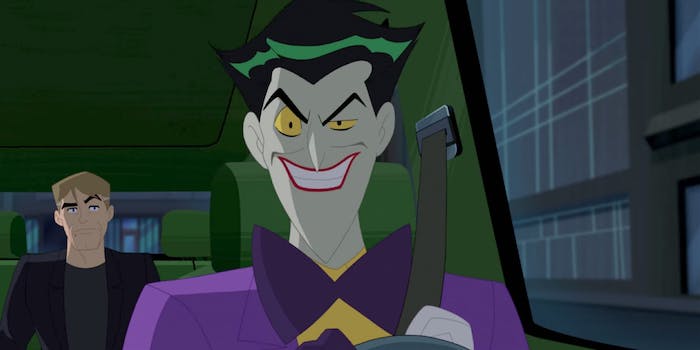 Mark Hamill does it again.

Mark Hamill is best known for his role as Luke Skywalker in the Star Wars franchise, but he’s also a hell of a voice actor, which is exploited wonderfully in DC Kids’ latest short cartoon.

He pulls off the feat of voicing every character in this short, each with a distinct feel even if you can hear Hamill’s voice in every performance. First, you have Hamill playing himself, the world famous actor on his way to the Gotham Conservatory. The Joker (Batman: The Animated Series) and the Trickster (both live-action Flash series), two vile villains of DC, kidnap him in hopes that they’ll be able to ransom him off.

And what happens when you put a Jokester, a Trickster, and a trollish voice actor in a car together? Plenty of chaos and meta jokes, of course—and that’s before Hamill’s fourth character arrives on the scene.

It works far better than it should, proving that if you’ve got the talent to pull it off, all you need is one good joke and your voice.