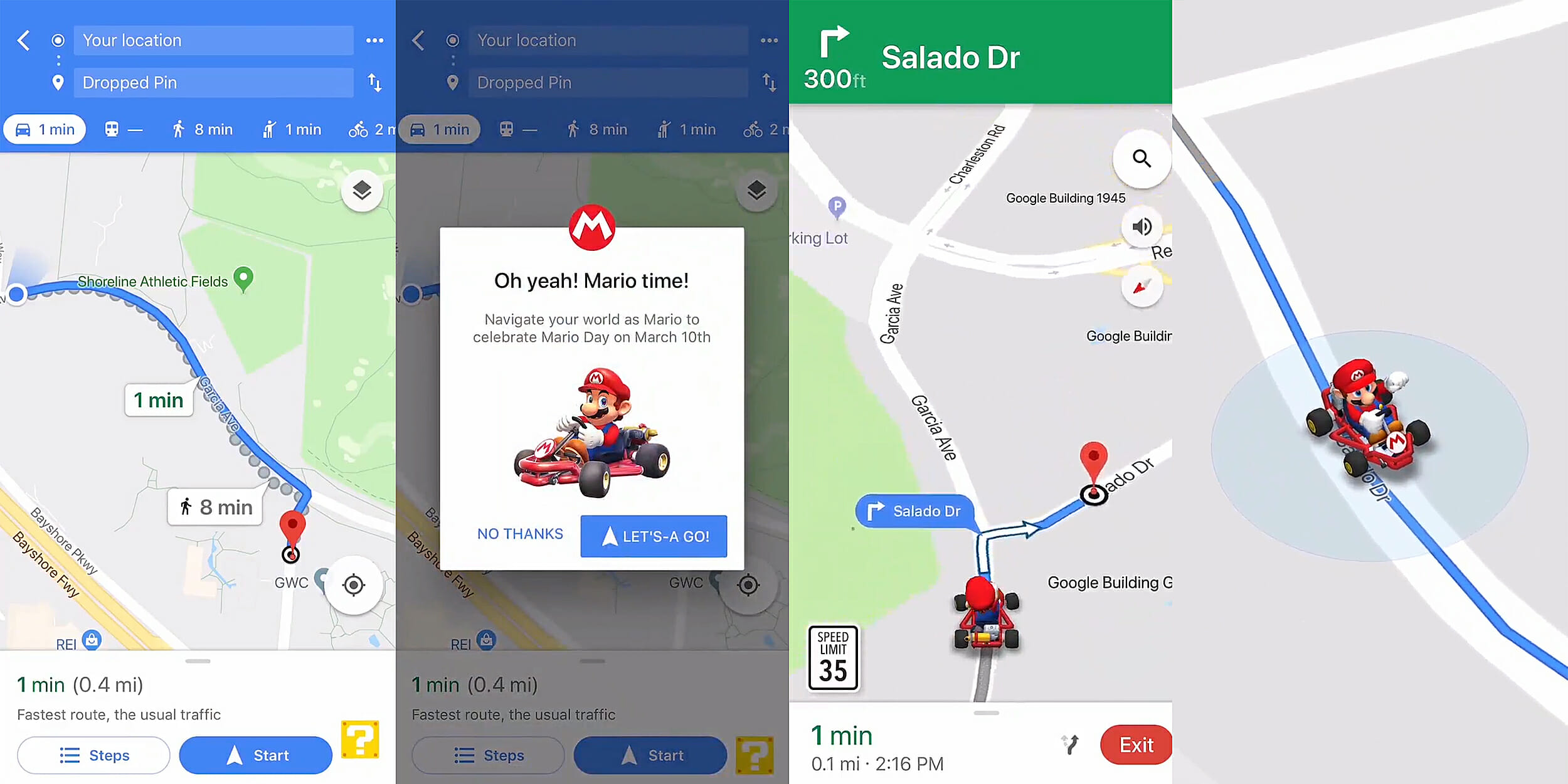 Mario Kart is coming to Google Maps for one week only

Mario is hitting the road without a care (or blue shell) in sight as he directs you to your destination.

Nintendo announced Friday that it’s teaming up with Google to bring Mario straight to Google Maps on Mario Day. (The abbreviated version of March 10 spells out as Mario, or MAR10.) For one week starting Saturday, Mario and his Go-Kart will replace the ubiquitous car that appears on Google Maps as you take to the road.

You can access the new Easter egg with the Google Maps app for iOS and Android. If your app is up-to-date, you’ll see a yellow question mark box at the bottom of your screen when you look up directions. Tap it, and an enthusiastic Mario will be ready to start his journey. When you reach your destination, he’ll add a whoop for emphasis. According to the Verge, you can activate the 1-UP noise by tapping the question mark box 100 times.

It’s not the first time Nintendo has launched fun Easter eggs through Google Maps. A couple years ago, users were able to travel the world with Link from Legend of Zelda while an April Fool’s Day gag allowed you to look for Pokémon long before the creation of Pokémon Go.

Wahoo! Now you can navigate the world as Mario in @GoogleMaps to celebrate #MAR10Day! Check out #MarioMaps on Google Maps now for a week. pic.twitter.com/iX3uZMfLrc

Let’s just hope Mario doesn’t get lost too much. After all, he does have a longstanding reputation of arriving at the wrong castle.