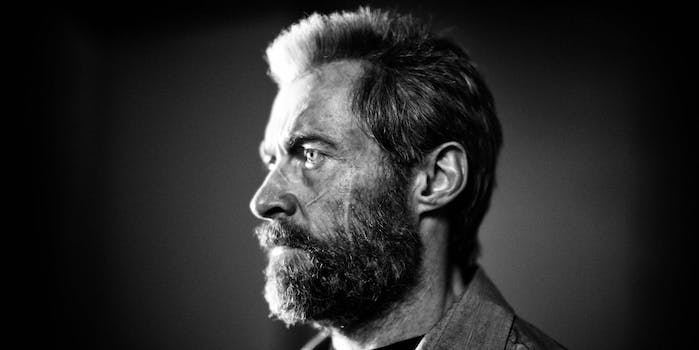 These behind-the-scenes photographs hint at a lonely and atmospheric journey for Old Man Logan.

The trailer for the third Wolverine movie, Logan, is on its way. In the meantime, fans should check out some of the intriguing photos posted by the film’s cast and crew.

Director James Mangold previously revealed the first page of the screenplay, which proclaimed that Logan was avoiding the “CGI fuckathon” style of most superhero movies (his words, not ours). Now, he’s shared the first photo of Hugh Jackman as “Old Man Logan,” a more grizzled version of the character we know and love.

Mangold also posted some storyboard art, along with a photo of Stephen Merchant as the character Caliban—seemingly a different version from the one who appeared in X-Men: Apocalypse this year.

The film’s official Instagram account, wponx (named after Weapon X, the experimental program that gave Wolverine his metal claws and skeletal armor) has also been sharing some hints about the film, all shot in atmospheric black and white.

One Instagram post asks the enigmatic question, “Where are all the mutants?” while another shows a road sign in El Paso. Together, the photos hint at a gloomy and lonesome mood, which certainly fits with the road trip scenario of the Old Man Logan arc in the comics.