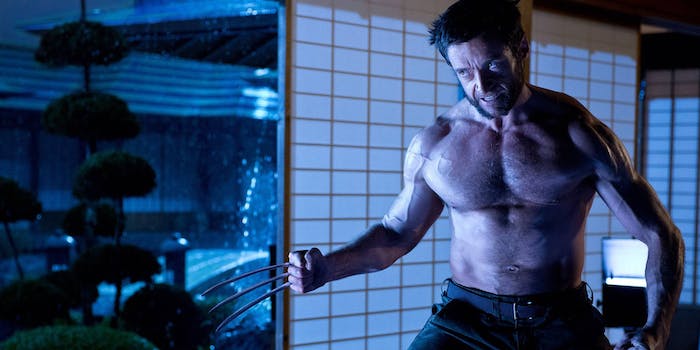 According to the screenplay, this movie will be violent and realistic.

The third and final Wolverine movie will be titled Logan, presumably because they didn’t know what sequel number to use after X-Men Origins: Wolverine (2009) and The Wolverine (2013).

Logan director James Mangold announced the title on Twitter and shared a page of the screenplay. Written by Michael Green and David James Kelly, that page hints at a new direction for the franchise. In their words, the new movie won’t be a “CG fuckathon.”

Page two of our screenplay. pic.twitter.com/5X93NtWuVS

The screenplay begins with an unusual preamble, setting out the writers’ vision for a more realistic, grounded superhero movie.

“Now might be a good time to talk about the ‘fights’ described in the next 100 or so pages. Basically, if you’re on the make for a hyper choreographed, gravity defying, city-block destroying, CG fuckathon, this ain’t your movie.

In this flick, people will get hurt or killed when shit falls on them. They will get just as hurt or just as killed if they get hit with something big and heavy like, say, a car.”

That screenplay page confirms that we’re in for a version of Marvel’s Old Man Logan comics, albeit one that fits into the X-Men franchise universe. Logan is older, his healing factor is less powerful, and he’s now using alcohol to deal with his chronic pain. And yes, this is indeed going to be an R-rated film.