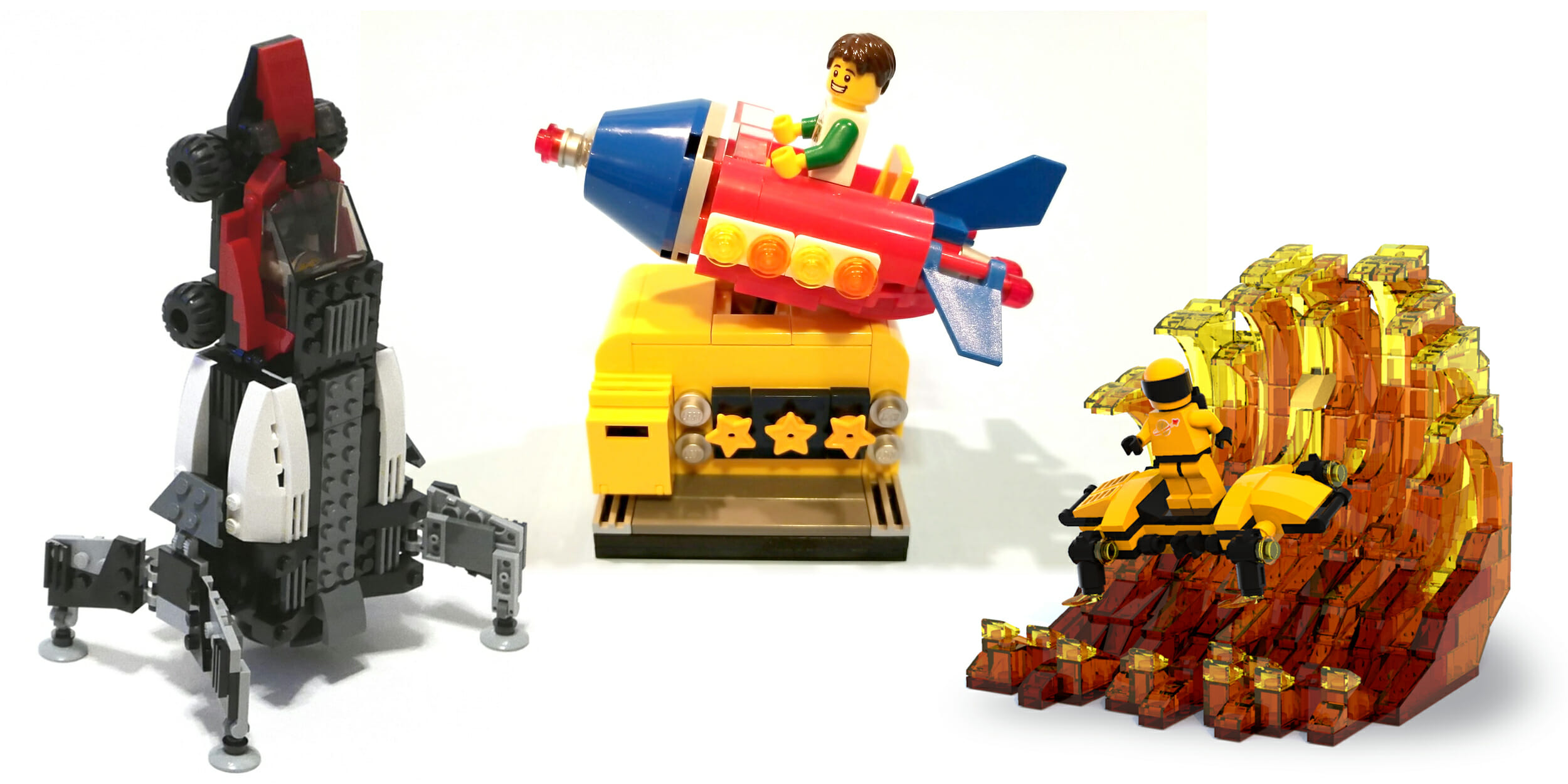 You can now vote for Lego’s next space set

The top 25 will advance to the next stage.

The entries are now open to a crowd vote from Feb. 9-Feb. 19. The top 25 entries will be reviewed by judges, who will announce the winner and 10 runner-ups. The winning entry will not only be created as a Lego set, it’ll be a “gift with purchase” set rather than a set anyone can buy. The winner will also receive a $250 Lego shopping spree and several other exclusive sets.

The contest was open to anyone 13 and older, and it required only that the sets be around 300 pieces and “stay within a base of 16 x 16 studs.” Otherwise, the possibilities were endless. More than 1,000 entries have been submitted for the “LEGO Moments in Space” contest, giving fans plenty to choose from. The entries are inventive and creative, but if you need help parsing through the entries, here are a few to get you started. Elon Musk captivated the world this week by launching the SpaceX Falcon Heavy rocket into space with his personal red Tesla Roadster and a dummy diver nicknamed Starman. It was completely absurd but looked amazing, especially as we saw video of Starman sitting in the Tesla with Earth in the background.

Although this project—submitted toward the end of the submission period—doesn’t have any reference to Tesla or SpaceX, this rocket and red car combo is a wonderful, blocky homage to a historic flight. For many of us, the drive to explore that final frontier is one grounded on Earth. For some, it’s watching another astronaut in action, but for others, it might come from something as simple as a coin-operated machine.

Not only does this model stand on its own to give any Lego figure (and even non-Lego figures) the chance to ride, it’s a fully operational machine. As demonstrated in a video uploaded by Mark Smiley, you just need to turn a wheel attached to the model to operate it. Just try not to get burned if you wipe out. Why should human Lego pieces have all the fun?

Two different projects show animal companions making the jump to space flight complete with appropriate space suits. I don’t know about you but this dog and monkey look like they can handle ruff situations and won’t be monkeying around in space. While there are plenty of spacecraft sets out there, we don’t get to see the intergalactic elements those ships might encounter nearly as often.

Spaceships aren’t the only thing that could go through this black hole, though. This set would also come with three round balls, which can demonstrate just how stars and planets can slowly get sucked into a black hole in the first place. One day space explorers hope to make it to Mars, and when they do, they’ll need the right equipment to collect data and process it. That’s where this Mars set comes in. It has an “Automated Research Vehicle” as well as an astronaut with a patch of land to examine. Of course, there’s no getting to space unless you’ve got the right equipment to get you off the ground. And that’s where this classic design comes in. It packs plenty of detail but has room for an astronaut to travel inside.

If you want to see more space builds, Lego is featuring those entries on its website. The crowd voting period ending on Feb. 19. Judges will announce the winner on March. 2