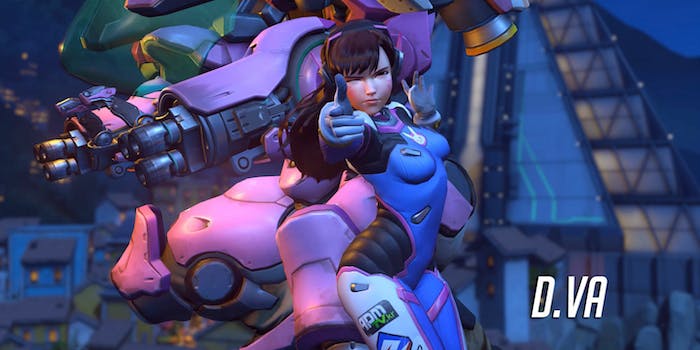 Two of 13  Overwatch hackers arrested earlier this year in South Korea have been sentenced to pay fines and serve probation, according to a statement for Blizzard Korea.

At a recent sentencing hearing, one of the hackers received two years of probation from the South Korean government, with the potential for jail time if he violates that probation. The other hacker has been fined 10 million won, which is roughly equivalent to about $10,000.

The legal punishment follows a new law instituted in South Korea aimed at combating hackers that exploit their hacks to cheat in games. The law went into effect in June 2017.

Blizzard attempted to stave off these hackers by altering how South Korean PC cafes create Blizzard accounts, essentially halting the ability to simply create a new account should a player’s original account be banned. The Korean version of Battle.net (Blizzard’s online service) actually requires a government ID number, meaning if a player is banned, they’re banned, unless they score someone else’s information.

The South Korean anti-cheating law targets those account creators, specifically including language like “game hacks,” as well as the creation and distribution of privately owned servers. Some outcry has come as a result of the law’s less clear language that leaves the door open for creators of game mods to face similar repercussions. If you’re caught hacking and cheating within a Korean game, you could find yourself staring down the barrel of a $50,000 fine and a maximum prison sentence of five years. The 11 Overwatch hackers still awaiting sentencing will likely hope that courts decide not to impose the harshest penalties. The initial sentences seem to indicate a more measured approach.