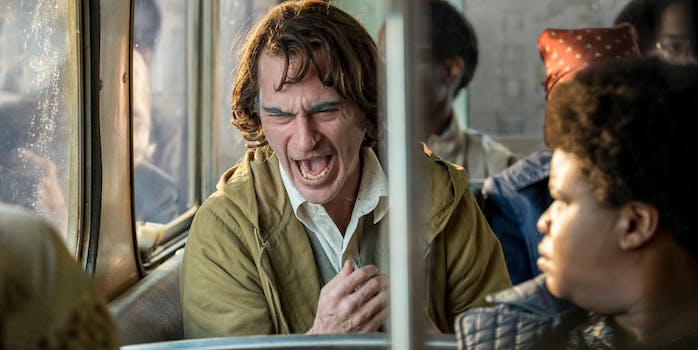 'Variety' just gave us a useful reminder of how much money is spent on Oscar campaigns.

During Oscar season, it’s always helpful to remember how much money gets poured into an awards campaign. Money (or lack thereof) often explains why certain films get nominated (Ford v Ferrari) while others (The Farewell) don’t. Private parties and screenings go hand-in-hand with public talk show appearances, and it helps to have studio backing.

This year, the best example is obviously Joker, a spinoff from Warner Bros.‘ Batman franchise. And there’s no better illustration of its Oscar campaign than a new sponsored feature series published by Variety: “Joker proves the power of empathy.”

This kind of sponsored content is intentionally hard to distinguish from a normal magazine article. Posted to Variety’s “content studio” and promoted on social media, this six-part article is literally just an ad for the genius of Joker and its director Todd Phillips, written in a tone so wildly overblown that it feels like parody. To give you an idea of what to expect, the first section concludes with a salient quote from Gandhi.

“Gandhi once said, “The true measure of any society can be found in how it treats its most vulnerable members.” The filmmakers of “Joker” have created a piece of art that is startling in both its cinematic élan and its compassionate portrait of society’s lost souls — the ones that we see around us, traumatized and dispossessed.”

The whole point of sponsored content is to portray a product in the most positive light possible, so of course this article is going to frame Joker as a masterpiece. Quietly downplaying Todd Phillips’ previous claim to fame as the guy behind The Hangover, it paints him as a “psychologically acute” auteur.

““What ‘Joker’ has in common with my other movies is the idea of chaos,” Phillips says. “If ‘Joker’ is an agent of chaos, how do we get there? Is he made that way? Society made him? Is it a combination of events?” Incisive questions, indeed — ones Phillips’ films continue to mine.”

Honestly, the whole thing is pretty hilarious, and a great illustration of how studios construct certain narratives to promote a film throughout awards season. This sponsored article hammers home the idea of Joker being a “risky” project, as if it was a hugely ambitious idea for Warner Bros. to make a Batman spinoff about a massively popular supervillain—a role that already earned an Oscar for Heath Ledger. That’s not to mention the film’s very direct appeals to Hollywood nostalgia via Scorsese films like Taxi Driver; which is catnip to Oscar voters. A perilous outsider project, this is not. In fact, the mere existence of this coverage indicates just how much money Warner Bros. invested in its Oscar campaign.

Joker is a commercially successful but critically divisive movie, and it benefits a lot from people’s snobbish expectations about comic book adaptations. If it wasn’t attached to the Batman brand, it would’ve received a fraction of the audience, and possibly dismissed as a ripoff of two classic Scorsese movies. But because it is a superhero spinoff, it feels incredibly sophisticated compared to, say, Avengers: Endgame.

A more interesting comparison would be You Were Never Really Here, which came out in 2017. It’s also a gritty, violent, urban thriller starring Joaquin Phoenix, covering many of the same sociopolitical themes as Joker. But despite its universal acclaim, it wasn’t considered to be an Oscar movie because it was a low-budget release from British indie filmmaker Lynne Ramsay. A relevant reminder that the Oscars are not a meritocracy.