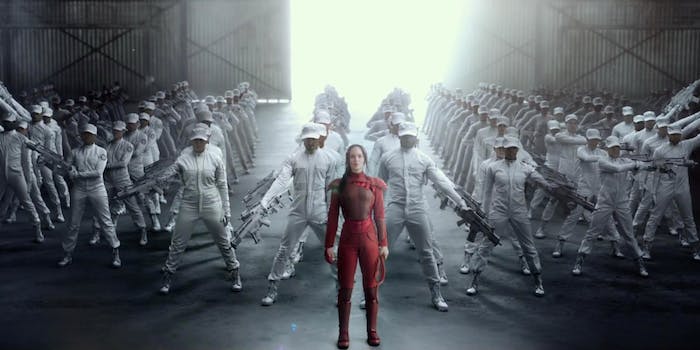 Twitter looks at what fans were discussing most during this year's San Diego Comic-Con.

San Diego Comic-Con may be over, but so much happened at the convention that it’s not surprising that people will be discussing it through the end of the week. While everyone catches up on the news—trailers, cosplay they might have missed—Twitter decided to take a look at tweeting during proceedings. Trending results may not be what you expect.

Twitter revealed analytics Monday showing that a total of 2.9 million tweets about the event were shared between July 9 and July 12. Among those the final Hunger Games film Mockingjay Part 2 was the most-tweeted-about project. It beat not just the much-discussed superhero film Batman v Superman, but also the massive Star Wars: The Force Awakens. Hunger Games star Jennifer Lawrence also topped the list of celebrities who were most tweeted about, while Twitter determined that when it came to TV shows Once Upon a Time was the fairest series of them all. The full lists are as follows:

If you want to see specifically when people were tweeting and how much, Twitter also shared an interesting visualization which you can find along with the rest of their look back at comic-con on tis blog.