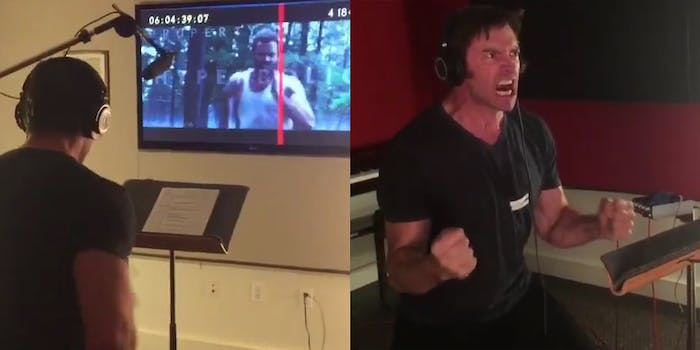 Hugh Jackman is the best—even when he's just recording sound.

With Logan is out in theaters, Jackman released a video of himself recording ADR in one of the movie’s many action sequences, and it’s about as delightfully nerdy as you’d expect.

On film, Jackman needs to be expressive during every jab and stab. When he’s recording for ADR, he’s… just as expressive. We can only imagine what other footage he has tucked away. Even without the claws he’s still in full Wolverine mode.