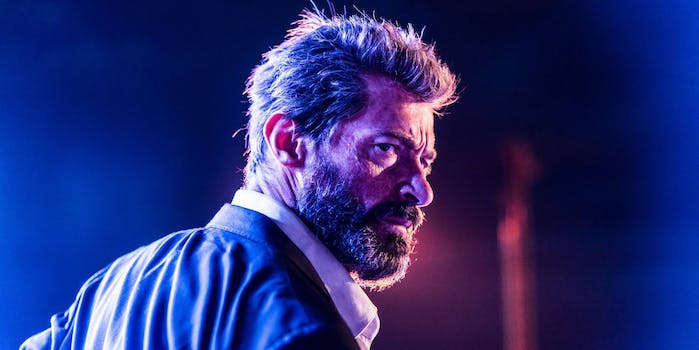 'Logan' is easily one of the best superhero movies we've ever seen.

This review includes no major spoilers for Logan.

After 17 years as Wolverine, Hugh Jackman bids farewell with an appropriately gory and political homage to Children of Men.

Over the course of seven X-Men movies, Wolverine was a surprisingly static character compared to some of his co-stars. His cynicism waxed and waned depending on his relationship with the X-Men team, but the franchise constantly pulled back to his original state: gruff, stubborn, and violent.

Logan sees him at his lowest ebb, drinking heavily and working as a limo driver while caring for a nonegenarian Charles Xavier, holed up in a grimy water tower on the Mexican border. It’s 2029, and no new mutants have been born in 30 years. More disturbingly, most of the remaining mutants have been wiped out, creating a more insidious dystopia than the apocalyptic visions of X-Men: Days of Future Past. Director/co-writer James Mangold has a lighter touch than the glossy blockbuster fare of Bryan Singer‘s X-Men movies, creating a realistic future borne of contemporary America: automated farms, militarized corporate security, blue-collar whistleblowers, and conservative talk radio in the background. 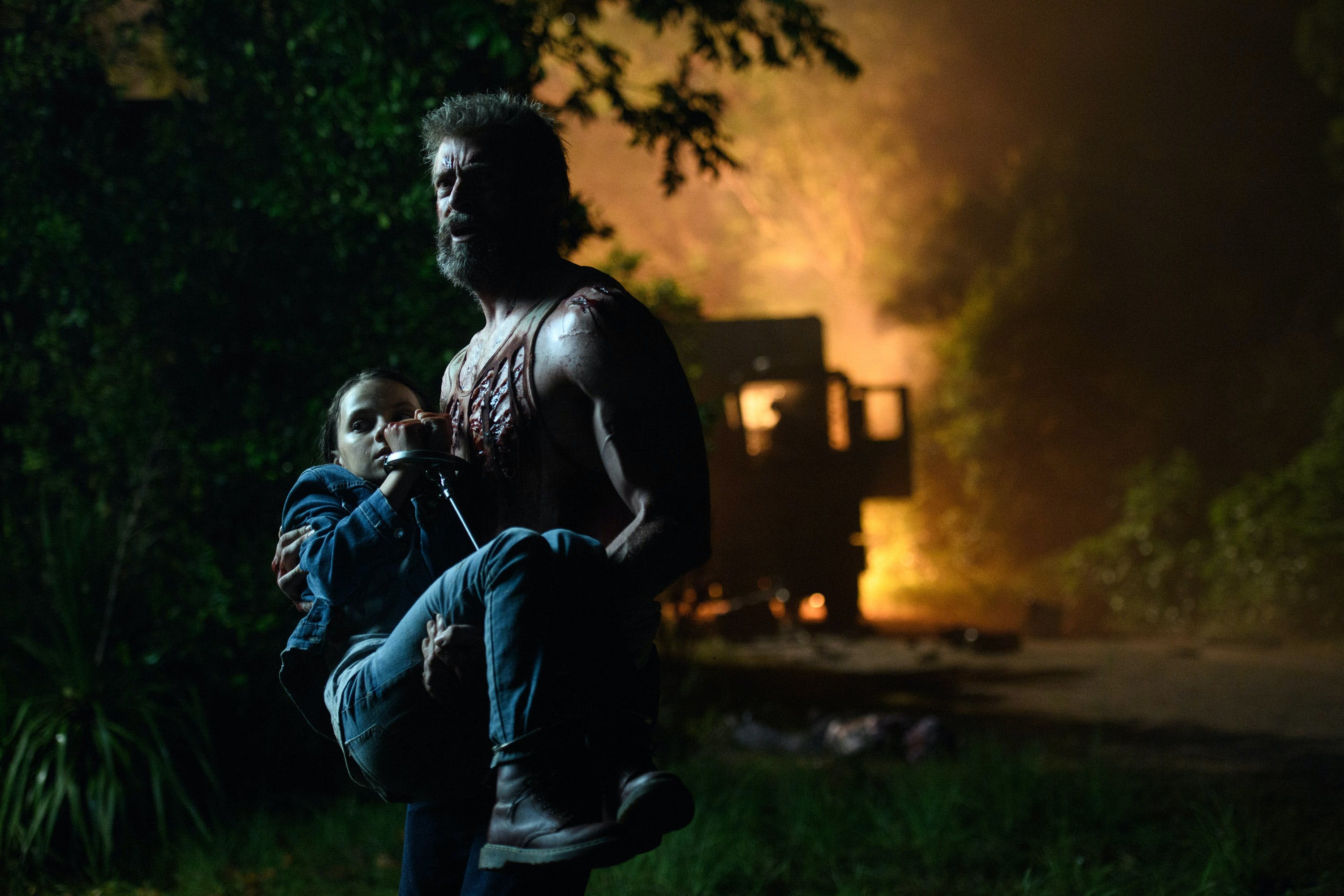 Echoing Children of Men, Logan is hired to help a young girl cross the border to safety in Canada. Laura (Dafne Keen) is the first new mutant he or Xavier has met in decades, and she’s being pursued by mercenaries employed by the medical research company Transigen. It’s a dark riff on a recurring dynamic that worked well in the first X-Men movie and many of the comics, casting the brusque, hard-drinking Wolverine as a mentor figure to a vulnerable mutant girl. Armed with adamantium claws and viciously lethal combat skills, Laura is tough but still a traumatized kid at heart, and much of the film’s morbid humor comes from Logan’s inability to engage with her in a sensitive manner. Gone are the days of his warm friendship with Rogue, who is very likely dead in this branch of the X-Men timeline.

While the comics have gone through a wide variety of Wolverine interpretations (I have a soft spot for the teen comedy of Wolverine and the X-Men), the movies invariably portray him as a hardbitten badass, cementing him as the traditional action hero of a franchise that didn’t really need one in the first place. Logan leans into this macho cliché in a more critical way, emphasizing his flaws over the inherent coolness of the Wolverine brand. The action scenes are as brutal and well-shot as you’d hope, but they also draw attention to Wolverine’s chronic pain and exhaustion. This version of Wolverine looks like he smells real bad, sweating cheap whisky through his trademark white undershirts. 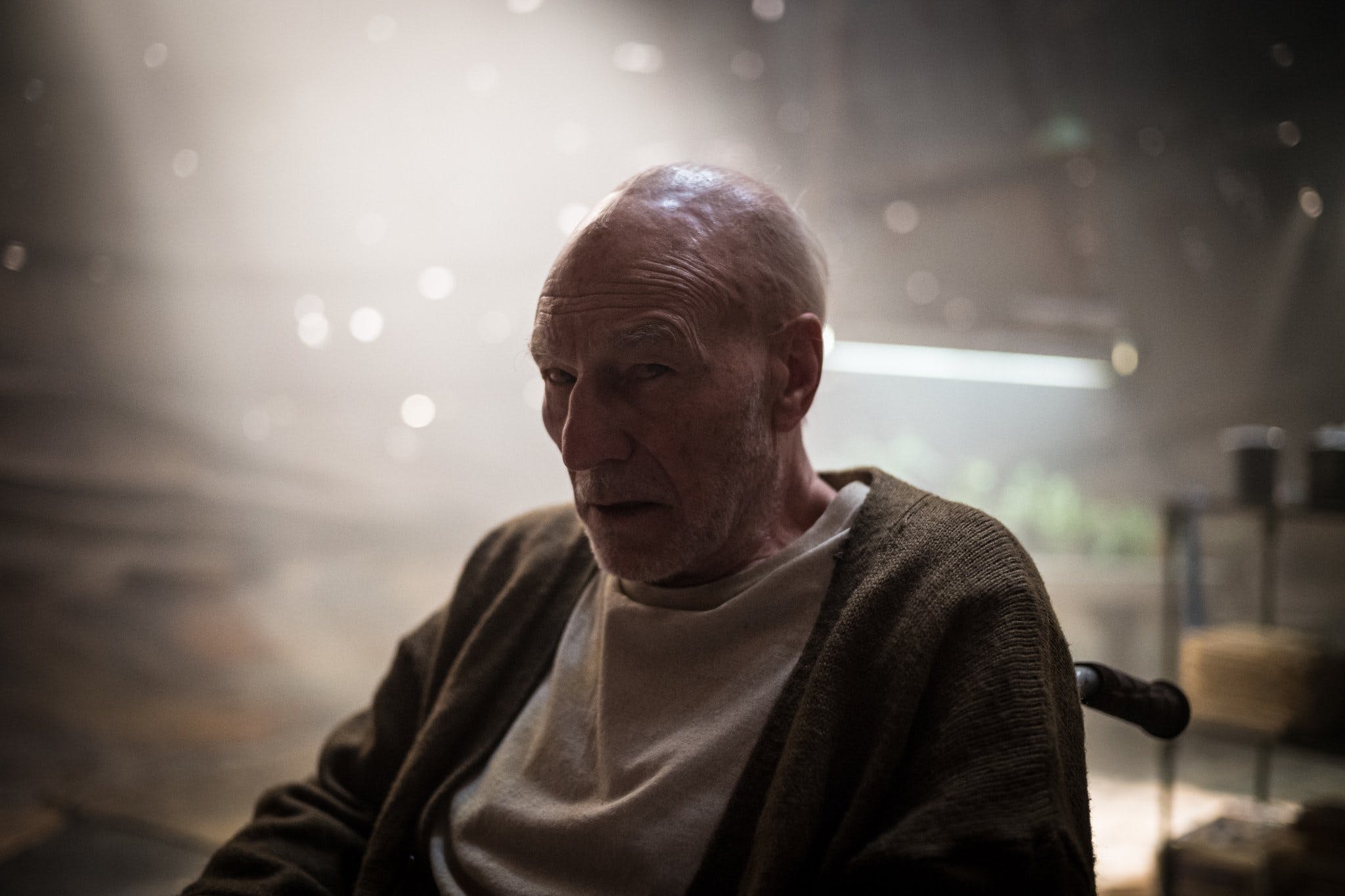 Like every X-Men movie, Logan is a story about oppression that predominantly focuses on straight, white men. The main difference is this time, the filmmakers seem aware of the subtext in this casting choice. Laura is latina, and like the women of Mad Max: Fury Road or the kids who survive Children of Men and Snowpiercer, she represents the future of a world ruined by the greed and violence of white patriarchy. (In this case embodied by Boyd Holbrook and Richard E. Grant as the military-industrial villains of Transigen.) In his own way, Wolverine is also a victim of this world. Decades of fighting have calcified his lumberjack machismo into a kernel of self-destruction, contrasting with his sidekick Caliban (Stephen Merchant), a more sensitive man who wants Wolverine to face up to his deteriorating health.

Logan deserves praise for its action scenes, delivering R-rated violence with enough blood to feel weighty without being an egregious gore-fest. Thankfully the adult rating isn’t just restricted to beheadings and cursewords, though. It also created the opportunity for an edgy new interpretation of Charles Xavier.

Xavier changed radically over the course of the X-Men franchise, beginning as an avuncular mentor before being rebooted as an overconfident young douchebag in X-Men: First Class. Logan somehow brings all these threads together with Xavier in his 90s, suffering from a neurological ailment and living off-grid with Wolverine as his caretaker. In keeping with Logan‘s lowkey flavor of dystopia, we don’t need to know what led Xavier and Wolverine to this predicament. We can deduce that the X-Men and their school are dead and gone, leaving Xavier with no reason to maintain his grandfatherly persona.

Patrick Stewart was hired alongside Ian McKellen to add some thespian heft to the X-Men movies, and Logan offers a role worthy of his legacy as a performer. This version of Xavier is emotionally volatile with occasional lapses into senility, cursing Wolverine for failing to live up to expectations. It’s a pretty extreme departure from the Professor X we know and love, but some familiarity shines through when Laura reawakens his rusty skills as a teacher and mentor. Despite everything he’s still an optimist at heart, willing to use his old tactics of emotional manipulation to make the world a better place, even just for one child.

Logan is the new gold standard for allowing filmmakers to pursue their personal vision for superhero adaptations. James Mangold took a character who felt overplayed after years of blockbuster roles, and reforged him for a stripped-down roadtrip movie rife with intense emotional conflict. Action cinema fetishizes a certain kind of grizzled, aging manliness, but after 17 years of X-Men movies, Hugh Jackman was in a unique position to play this trope to the hilt. Logan is the definitive exploration of the character, and a rarity in this world of endless sequels: a perfect, conclusive ending.