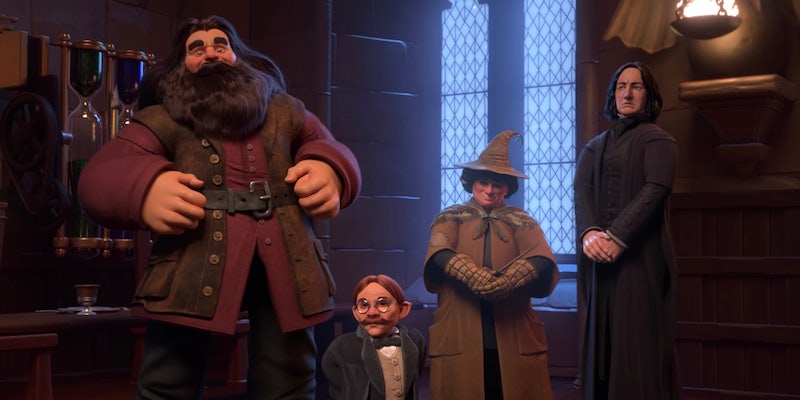 The wait for Harry Potter: Hogwarts Mystery is almost over

There will be several familiar faces.

Harry Potter fans won’t have to wait too much longer to catch the Express and start their Hogwarts education.

Jam City, the developer of the mobile RPG Harry Potter: Hogwarts Mystery, announced Thursday that the much-anticipated game will launch globally for iOS and Android April 25. Having been teased for months by Jam City, the game takes place several years before Harry, Ron, and Hermione step foot in Hogwarts and allows you to take classes, learn new spells and potions, and interact with characters we already know including Bill Weasley and Nymphadora Tonks.

But Harry Potter: Hogwarts Mystery will also include a number of familiar voices as several actors from the Harry Potter films will reprise their roles for the game.

“Our goal with Harry Potter: Hogwarts Mystery is to make players really feel for the first time like they’re attending Hogwarts,” Chris DeWolfe, co-founder and CEO of Jam City, said in a statement. “By including these iconic and incredibly talented actors in the game, we come one step closer to truly giving fans their own Hogwarts experience.”

Having some of the actors reprise their roles certainly gives a jolt of excitement to the game, and they seem elated to be back.

“If I could attend Hogwarts as a student, I would be most excited to attend the potions class taught by Severus because it is the most exotic,” Smith said.