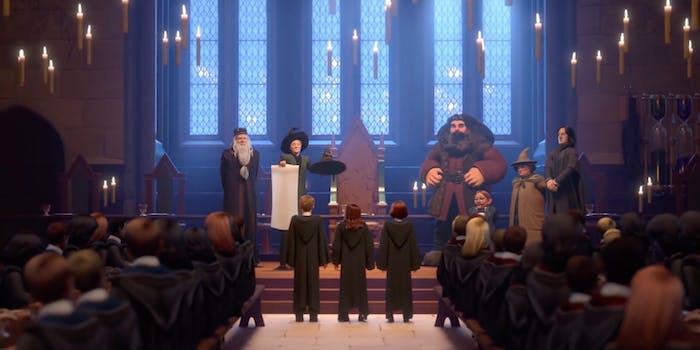 Here's your chance to go to Hogwarts.

The newest trailer for Harry Potter: Hogwarts Mystery has arrived by owl, giving us our biggest look at the new mobile RPG yet.

Harry Potter fans will finally get the chance to attend Hogwarts with all of the perks and work that comes along with it. They’ll get to choose their own Hogwarts houses, make friends, and attend classes where they’ll learn how to cast spells and brew potions. Because Harry Potter: Hogwarts Mystery takes place several years before Harry, Ron, and Hermione arrive at Hogwarts, the school won’t be full of familiar characters but there will be a few, such as Bill Weasley, that fans will surely recognize.

And of course, there’s a mystery brewing at Hogwarts. We’ve yet to see what a “normal” year at Hogwarts looks like when Voldemort and other villains aren’t trying to infiltrate the school, but with a wand in hand, players should be more than up for the task.

While Harry Potter: Hogwarts Mystery doesn’t have a release date—and the trailer only teases a “Spring 2018” arrival—Android users can pre-register for the game on Google Play.