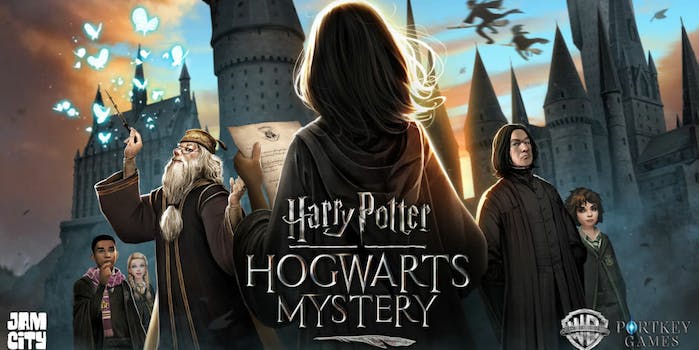 Your dreams of being a Hogwarts student are coming true.

Even the mundane task of attending classes can be magical when you’re in the world of Harry Potter.

That’s why the upcoming mobile game Harry Potter: Hogwarts Mystery is so exciting for longtime fans of the wizarding world. The role-playing game, set for release sometime this year, will give players the chance to become Hogwarts students, from getting that official Hogwarts letter (swoon) to attending classes with familiar professors. Decisions players make will influence the story of the game as they level up their skills and progress through years of school. (That’s the mystery part.)

The first teaser trailer for the game, released Thursday morning, gives us a closer look at what Harry Potter: Hogwarts Mystery has in store.

According to Jam City, the Los Angeles mobile gaming studio that’s developing the project with Warner Bros. Interactive Entertainment, you shouldn’t expect to run into Harry Potter himself in the school’s hallways. The game is set several years before Harry Potter’s enrollment, back when he was still just a boy living under a staircase. A few familiar faces will pop up among the student body, however, including Nymphadora Tonks and Bill Weasley.

Fans attending Universal Studios’ upcoming A Celebration of Harry Potter event will get to chance to try out the game later this month. As for the rest of us, we’ll have to wait for the as yet unscheduled debut. You can keep an eye on updates and sign up for alerts at www.harrypotterhogwartsmystery.com/.