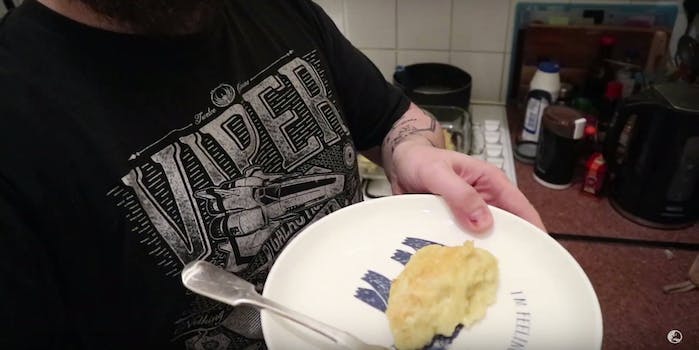 There’s lots of interesting stuff to find when you’re stealthily sneaking around in Dishonored 2. And apparently one of those things is a recipe for something called Serkonan fish dumplings.

The folks over at Eurogamer stumbled across this vague and questionable recipe while playing the game, and did what any sensible person would do: They cooked it.

The recipe looks pretty gross, even after substituting slimy hagfish for cod. But after covering the dumplings with cheese and butter, the end result is… surprisingly delicious? 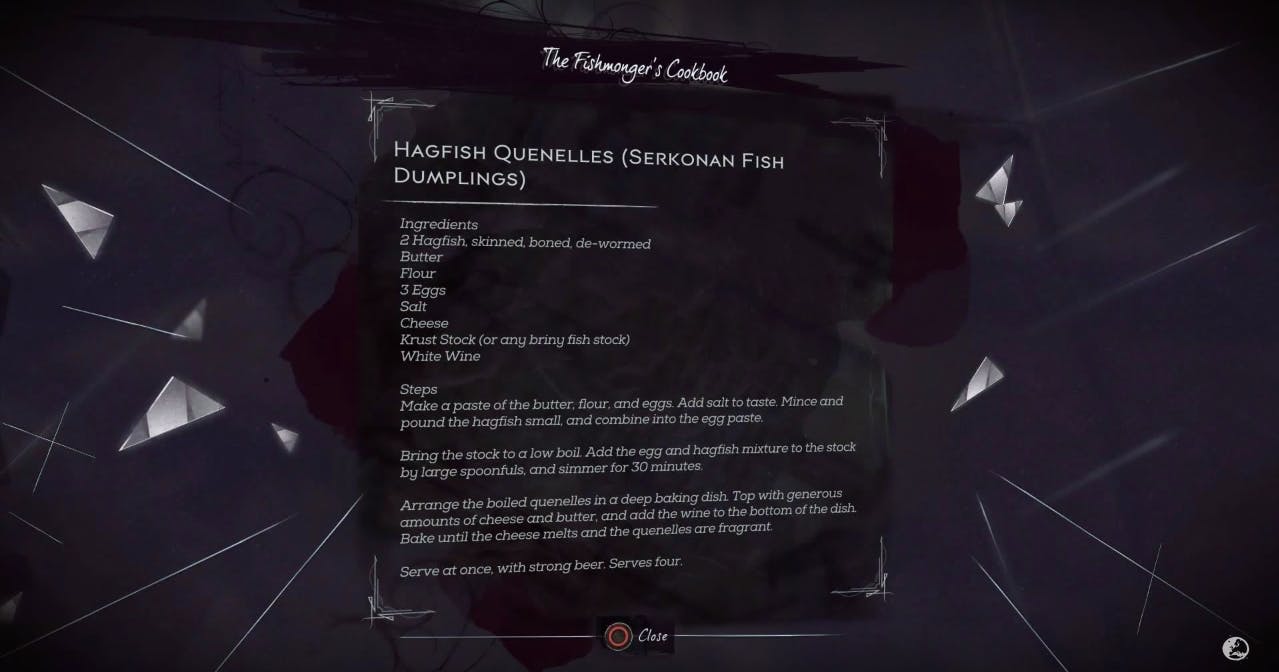 This just goes to show enough cheese and butter can save any sketchy 19th century recipe you find laying around.