A dead character on ‘Game of Thrones’ is coming back

A man has many possibilities.

Game of Thrones’ upcoming season will introduce us to new characters and bring back ones we haven’t seen in years, but the latest character set to show up in season 7 is one fans never expected to see again.

David Bradley will be back in Game of Thrones’ seventh season as Walder Frey—the ruthless lord of the Twins who orchestrated the infamous Red Wedding—according to his official résumé with United Agents. Bradley’s return is indicated by a “7” next to the three previous seasons he’s been on the show in the Game of Thrones entry. It’s small enough that some might’ve missed it if they weren’t looking for it, although Watchers on the Wall points out that the résumé incorrectly states that Bradley appeared in season 2. (It was season 3.)

The addition of Bradley comes as a surprise to some fans who weren’t expecting Walder Frey to ever show up again in Game of Thrones. And there’s a very good reason why. 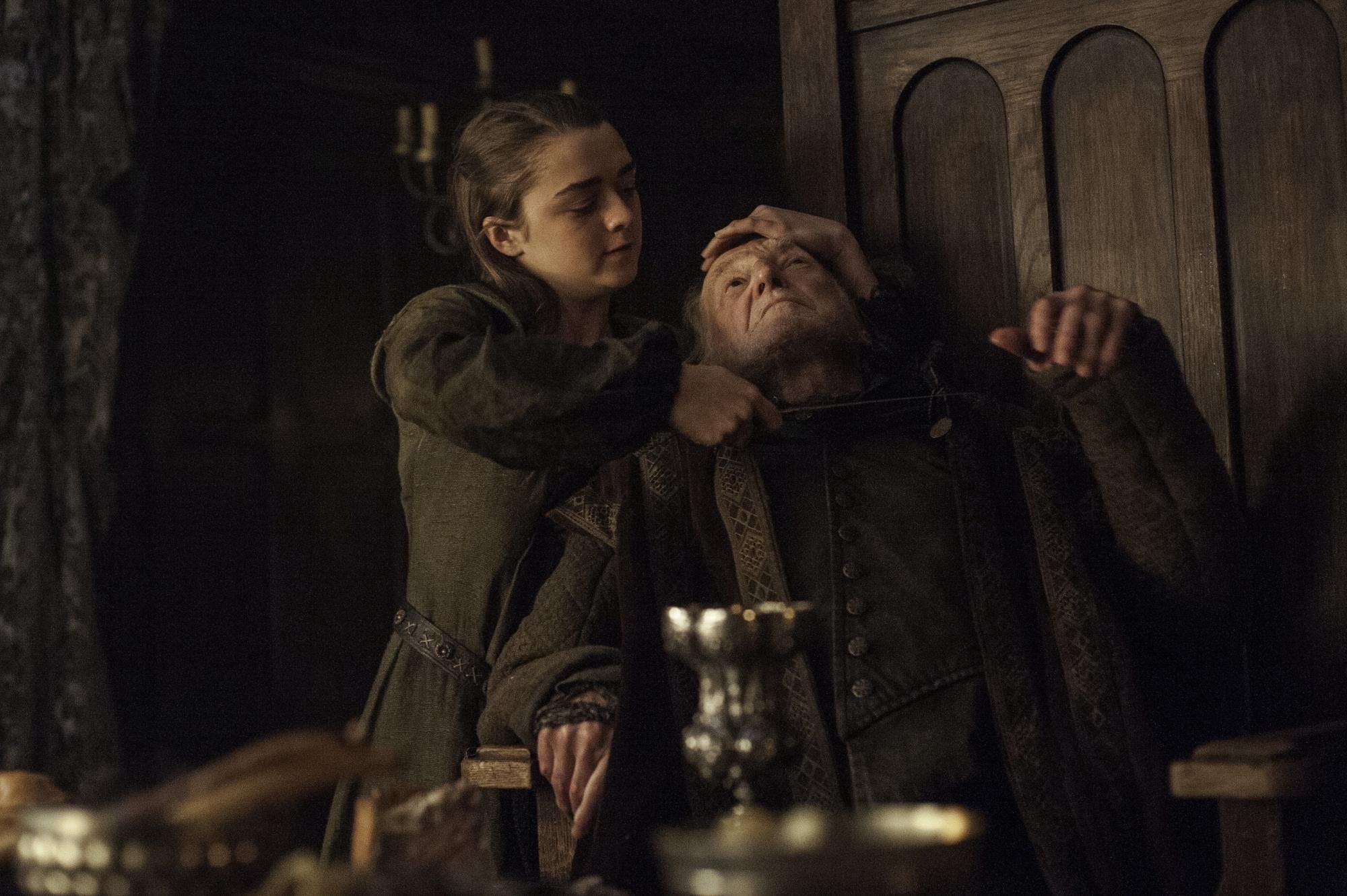 Walder Frey met a violent end in the season 6 finale at the hands of Arya Stark, who killed him as revenge for the Red Wedding. In a nod to a minor but dark fan theory, she killed two of his sons, baked them into pies without anyone noticing, and served them up to him before slitting his throat. She even watches as he bleeds out on the ground and takes his last breath.

So do we have to worry about #WalderFreyLives becoming a thing? Probably not considering the finality of his death, which fans have waited to see for years. But it’s entirely possible to see Walder again—and maybe even walking around.

On numerous occasions, Game of Thrones has brought back multiple actors back after their character’s’ deaths in order to film the immediate aftermath or to allow grievers to pay their final respects to the dead. In the case of King Joffrey and Myrcella Baratheon and Tywin Lannister, their bodies were displayed according to the Faith of the Seven, which included placing rocks with eyes.

As for Walder, right now nobody knows that he’s dead. Come next season, some of his servants could discover the body or his body might be on display for his family to come and mourn him. It could be a good opportunity to show Edmure Tully, who Walder has held prisoner, again.

Not much is known about Walder’s history prior to Game of Thrones—and what we do know is scarce. But given that Bran can glimpse into the past, present, and future via weirwood trees, we mention it as a possibility.

3) Arya will take his face

Now that Arya has crossed one more name off her list, it’s unclear just where her journey will take her. She may try to find what remains of her family, but she might be too far down the dark path her thirst for revenge has led her on to turn away. Parading as Walder Frey in areas of Westeros that don’t know of his death, given how slowly news can travel, could be highly beneficial for her to gain access to those on her list.

We revisited the list in season 6 prior to Walder Frey’s death during a training montage with Arya and the Waif. By that time she had removed the Hound from it, whom she presumed dead. Others, however, still remained: Cersei Lannister, Gregor Clegane (aka the Mountain), and a then-living Walder Frey.

As for Cersei and the Mountain? Their time could come to an end soon.