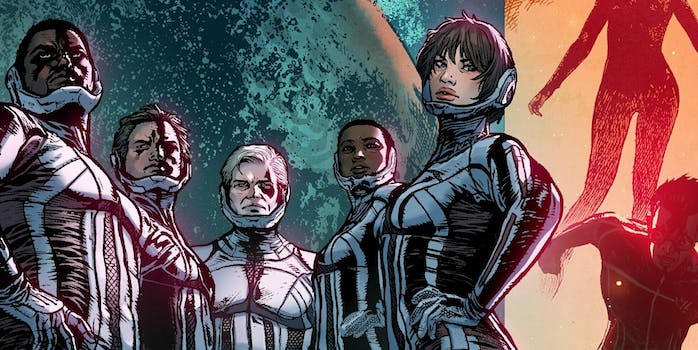 Gail Simone is one of the top writers in superhero publishing, known from her work on Birds of Prey, Batgirl, Wonder Woman, and Deadpool. She’s also an outspoken advocate for women and minorities in the industry and just jumped ship from Marvel and DC to Lion Forge’s more inclusive superhero universe, Catalyst Prime.

Indie comics publisher Lion Forge launched in 2011, with the explicit intention of hiring diverse creators to tell diverse stories. Editor Joe Illidge started its superhero imprint Catalyst Prime in 2017, with Gail Simone now taking over as its “chief architect.” With seven ongoing comics (for now), Catalyst Prime is a shared universe with a cohesive origin story:

“As an asteroid races towards Earth, a team of astronauts fights to save civilization from fatal impact, but…something goes horribly wrong. Most of the team is killed – or so the public is led to believe. A new wave of heroes arise from the fallout to defend the world from villains and conspiracies.”

Simone’s move to Lion Forge is one of several interesting transitions we’ve seen in the run-up to San Diego Comic Con, as high-profile women step away from jobs at Marvel or DC, moving on to bigger and better things elsewhere. Ms. Marvel creator G. Willow Wilson is DC’s new Wonder Woman writer and is launching an original comic with Dark Horse, while Chelsea Cain is returning with a feminist fantasy comic after facing harassment for her work at Marvel.

Simone’ presence at Lion Forge will likely bring a wider audience to Catalyst Prime, as readers search for inclusive content that can’t always be found at the big two publishers.