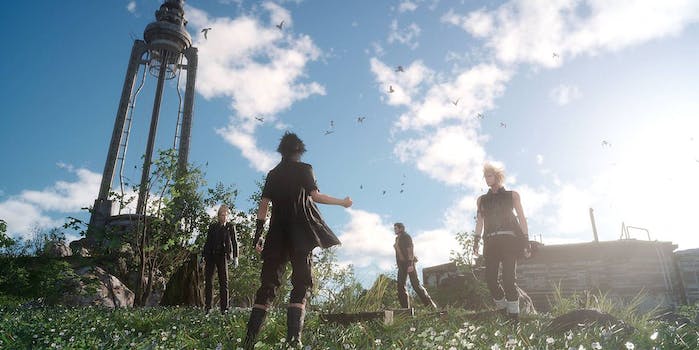 If you’ve been counting the minutes until you can joyride with the cast of Final Fantasy XV, we have bad news: You’re going to have to wait just a little bit longer.

Final Fantasy XV director Hajime Tabata confirmed that the long-awaited RPG would be delayed to Nov. 29 in a video posted early Monday morning.

Tabata asked for fans to understand and be patient about the delay, explaining the reasoning behind the decision. The game was originally slated to come out on Sept. 30.

“From the moment we joined this project, our vision was to create a level of freedom and realism previously unseen in the series. Regrettably, we need a little bit more time to deliver on this vision and are confident that this new release date will help us achieve this,” he said. “We have put our whole lives into developing this game, with the intent of bringing the highest quality of game experience to every single player who buys it.”

Tabata also related that his desire was to create a Final Fantasy “so outstanding and amazing that it would send other games running in panic,” so it’s no wonder he’s not fully satisfied yet.

Tabata also mentions that a new 30-minute gameplay video will be released on Aug. 16, and says that the “master version” of the game (which he describes as the version that will be released to the public) will be playable at the Gamescom convention in Cologne, Germany, on Aug. 17. In the meantime, those of us not attending Gamescom can look forward to spending an exciting holiday with Final Fantasy XV.