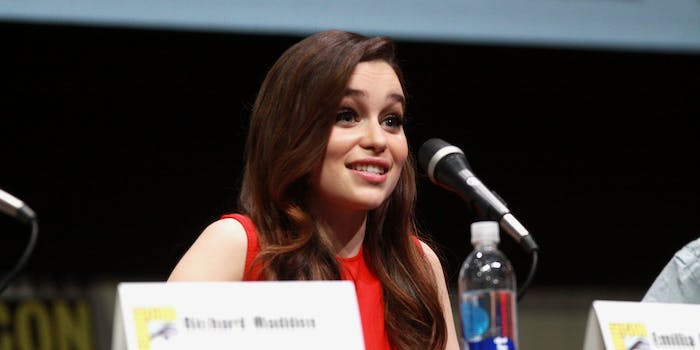 After eight seasons, Emilia Clarke is bidding farewell to Game of Thrones.

The final season of HBO’s smash hit won’t air until 2019, but Clarke—who has been on the show since its beginning—is wrapping up production. To mark the occasion, she shared a photo Sunday of herself laying down in the grass and wrote a heartfelt tribute to the show.

“Hopped on a boat to an island to say goodbye to the land that has been my home away from home for almost a decade,” she wrote. “It’s been a trip @gameofthrones thank you for the life I never dreamed I’d be able to live and the family I’ll never stop missing.”

Clarke may be done shooting the show, but the final scenes she shot on the show weren’t Daenerys Targaryen’s final moments. According to Vanity Fair, she already shot those moments months ago, noting that it “fucked me up.”

For Clarke, the end of Game of Thrones is the end of the show that turned her into a household name and eventually led to multiple starring roles (including a recent turn in Solo). Even if she won’t miss certain aspects of the job, it’s still a big moment for her. And while she’ll still see the cast and talk about the show to press, the end of filming truly marks the end of an era.