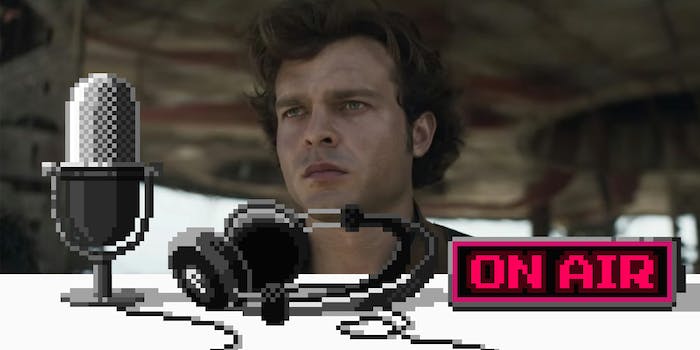 We break down the Han Solo spinoff, sans spoilers.

Should you see Solo: A Star Wars Story? Gavia Baker-Whitelaw swoops in with a spoiler-free review of the Star Wars spinoff, and discusses the film’s long road to completion, Emilia Clarke’s bad acting, and whether Lando is really pansexual. As she writes in her review, the film is “a competently made blockbuster with nothing at its core.” Is that what we want in a film that no one asked for? These are the questions we ask in 2018.

Plus, we’ve got thoughts about 13 Reasons Why season 2, Fahrenheit 451, and Ramon recommends a DIY toilet-repair video to watch this weekend. Jump in.