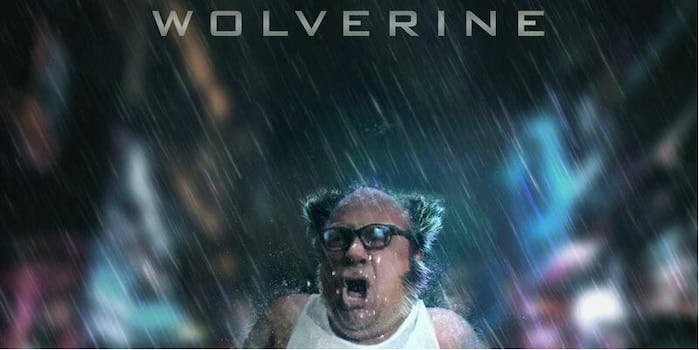 Danny DeVito, like the Faceless Man from Game of Thrones, has many personas at his disposal. At least that’s what the internet thinks, according to a new petition on Change.org. The petition calls for DeVito to play the character Wolverine in future Marvel Cinematic Universe movies.

“The only man able to take the throne after Hugh Jackman,” wrote Ring Arius, the username for the petition’s creator. “We believe that if Wolverine is to make an appearance in the Marvel Cinematic Universe that the only man able to pull it off is Danny Devito.”

DeVito, star of TV series and films likes It’s Always Sunny in Philadelphia, Hercules, and Taxi, has become somewhat of a fan favorite for weird, half-joking attempts to get the actor to play offbeat roles. In 2016, as the Nintendo 3DS release of the Detective Pikachu game was nearing, thousands of gamers signed another Change.org petition to instate DeVito as the voice of the English-speaking pokémon. DeVito also has prior experience with DC superhero films, having played the Penguin in 1992’s Batman Returns.

The merger between Disney and Fox went into effect in March 2019, solidifying Disney’s control over Marvel properties Fox had previously owned, like the X-Men franchise, Deadpool, and Avatar. The deal cost Disney $71.3 billion. That’s a lot DeVito, if they’ll have it.