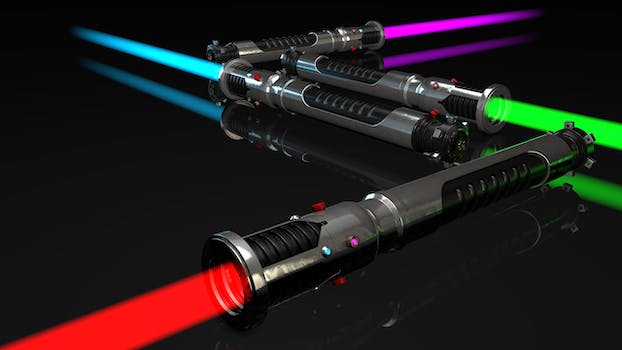 In tribute, Carrie Fisher gets a Walk of Fame star and lightsaber vigil

Festivities fit for a princess.

Since Carrie Fisher’s untimely death Tuesday at the age of 60, fans the world over have been watching her movies, creating works of art, and sharing some of her best quotes on social media. But for some, the online mourning isn’t enough: They’re turning to fellow Star Wars fans in their communities for real-world tributes fit for a princess.

Here are some of our favorites from around the nation.

The Alamo Drafthouse, a Texas-based chain of movie theaters famous for its no-talking PSAs and quirky preshow entertainment, quickly assembled a vigil scheduled for tonight outside one of its landmark cinemas in Austin. One twist: Instead of candlelight, mourners will be carrying lightsabers and glow sticks.

We're inviting Jedis of all ages to join us in lighting up the galaxy in honor of our fearless Princess.https://t.co/Y66ky7r15D

According to the press release, the event is open to Jedis, Wookiees, Bounty Hunters, Ewoks, and Stormtroopers alike. The vigil starts at 6:30pm local time on Tuesday evening. If it’s half as moving as the Harry Potter–themed wand tribute in Orlando, it will be a sight to behold.

Though Fisher doesn’t have an official star on the Hollywood Walk of Fame, that hasn’t stopped fans from setting up an impromptu one for paying tribute to the fallen princess.

Carrie Fisher does not have an official Walk of Fame star, so fans have made her one. pic.twitter.com/074jY6IR4k

Though the text is a little blurred in the photo above, it reads:

Carrie Fisher
May the Force be with you always.
Hope

The site of the star has been bustling all day long:

The scene at Carrie Fisher's fan-made star on the Walk of Fame (via @TheRyanParker) https://t.co/bD5mpKZFtQ pic.twitter.com/1YebE4063J

The Hollywood Reporter reached out to Hollywood’s Chamber of Commerce for comment on the arrangement and had not heard back as of press time.

Marching band routines take months of practice to get just right, so this Star Wars themed performance from Baylor is simply a well-timed coincidence.

we've performed this show a couple times this season! We were set to perform it anyway!

Still, fans appreciate the timely tip of the cap to some Star Wars greats, finding a little light on a day that felt gripped by the Dark Side.

When they heard the news their favorite princess had been rushed to the hospital after suffering a heart attack, Christopher and Angela Tapsell were bound for the hospital themselves, where they would welcome a baby girl into the world on Dec. 25.

According to the Daily Post, Christopher had wanted to name all five of their children after Star Wars characters, but Angela hadn’t allowed any of it until now. Leia Tapsell entered the world at approximately 10:04am local time.