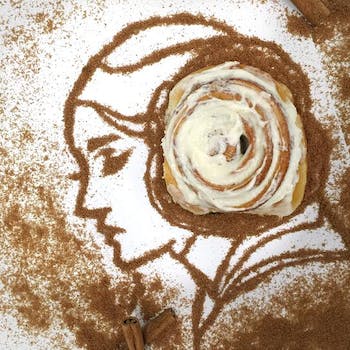 It's hard to mourn on brand.

Social media is hard for brands. You’ve got to be engaging and true to your product, all without offending anyone. It’d be easy to assume that this tightrope act would keep companies from using social media to mourn the death of beloved celebrities. After all, it’s hard to mourn on brand, as these companies can attest.

Cinnabon apparently did not have such concerns when it released the following tweet in the wake of Carrie Fisher’s death. 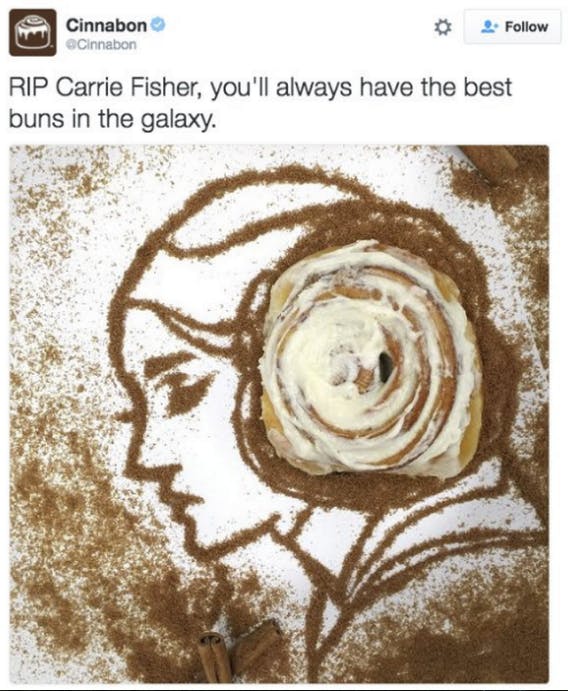 Can you see where Cinnabon went wrong? It was, at least, a promotion for Fisher, whose buns were previously only second best. And simply posting the image might have been fine, but they had to go for the word play. Why make a bad “nice ass” pun because of the one actress’ iconic role? You understand iconic rolls, Cinnabon. You should know better.

Others around the internet were able to make similarly themed tributes without the sexualized puns, like this respectful one from Instagram user StupidJacob. 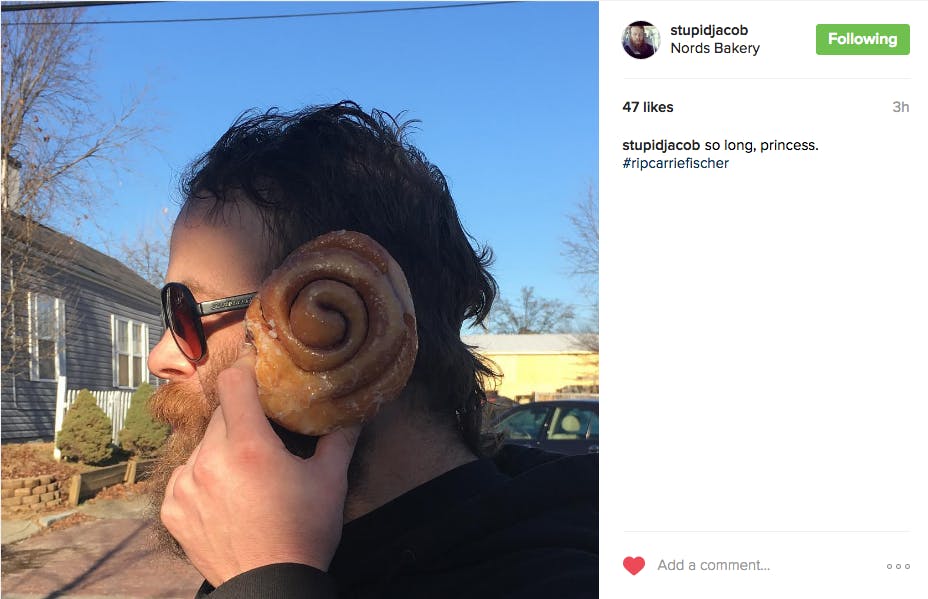 Our deleted tweet was genuinely meant as a tribute, but we shouldn't have posted it. We are truly sorry.

The fact that we live in a world where Cinnabon is issuing apologies for content is its own oddity. It feels strange to demand better from our 1,000-calorie cinnamon rolls than this, but it’s even weirder to live in a society where they put us in a position to.