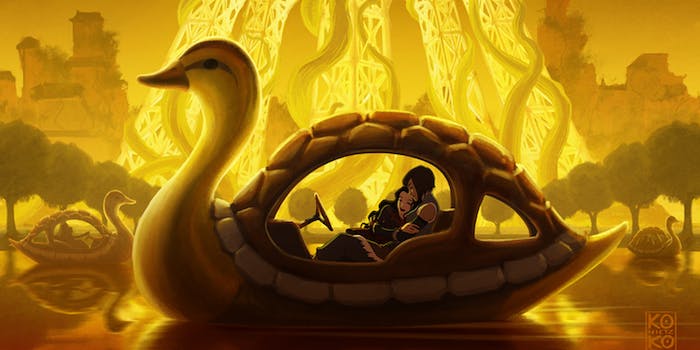 Our favorite girls in love are getting a gorgeous happy ever after.

We thought nothing could top the Legend of Korra series finale for delighting us with unexpected queer superheroes in love, but then we saw this gorgeous turtleduck date and realized that we didn’t know the half of it.

It’s a good time to be a Korrasami fan. First, we got to watch the relationship between Korra and her best friend Asami become more than just platonic in the final moments of the series. Then the fandom exploded into outpourings of gorgeous fan art depicting what the two girlfriends would be like after the finale: going on dates in alternate spiritual dimensions, holding hands, taking selfies. The usual.

Now even the show’s creators are getting into the fan-art business. Bryan Konietzko, one of the co-creators of Legend of Korra and its predecessor Avatar: The Last Airbender, has shared his own Korrasami fan art on his popular Tumblr.

The artwork will be revealed live next week at an exhibition of Korra-related artwork at Nucleus Gallery in Alhambra, Calif. The exhibit will feature appearances and signings by members of Korra‘s creative team, including Konietzko. If this piece is any indication, you’ll want to visit if you can. Take a look: 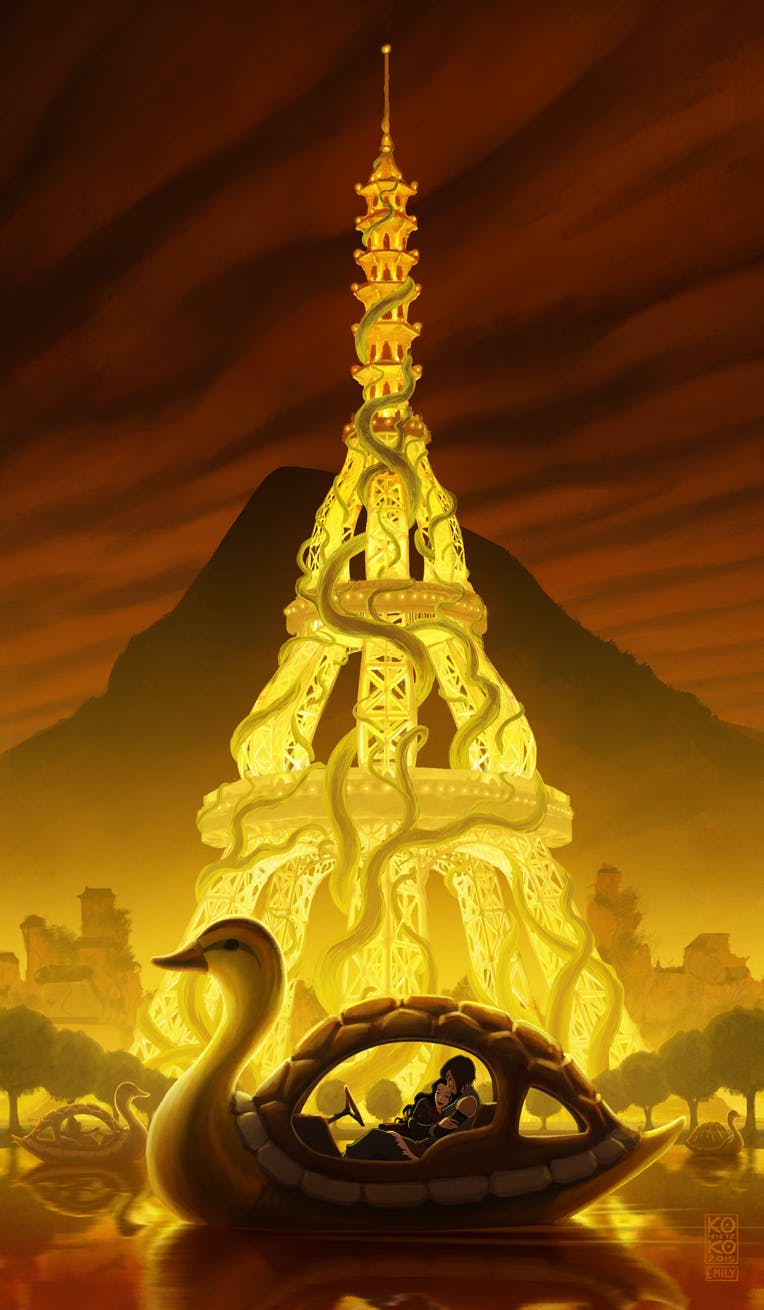 This glorious image depicts Korra and Asami on a date at the pond at Harmony Tower, one of the prettiest and most iconic landmarks in Republic City, the main setting of the Korra story. The Avatar/Korra universe is notable for its fantastic combinations of animals, of which “turtleducks” are easily the most adorable. But even cuter than this giant turtleduck ride is the couple inside it: 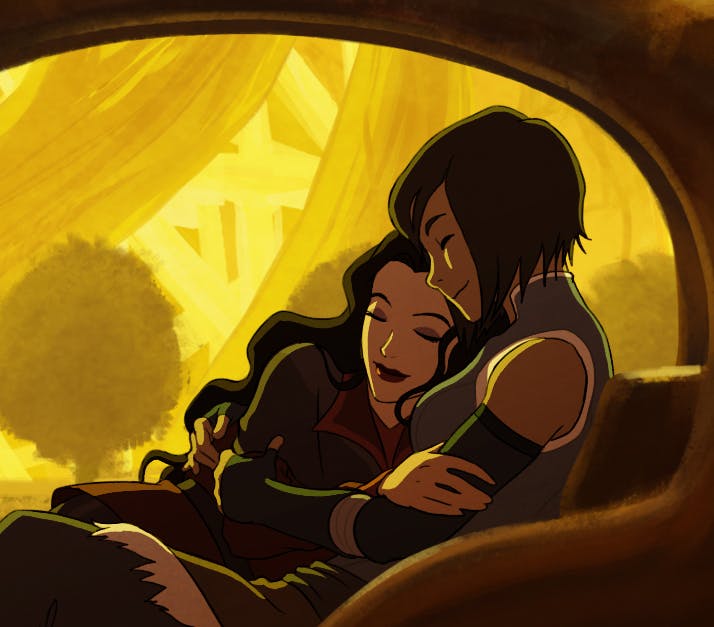 Korra fans on Tumblr greeted this piece yesterday with a collective “awww” of delight, and we can’t blame them.

Visitors to the Nucleus Gallery can purchase one of 100 limited-edition prints of the artwork, most likely autographed by Konietzko, who said he’ll be donating the proceeds to a much-needed LGBTQ suicide hotline.

We can’t think of a better way to commemorate these two lovebirds.

Correction: The creators of The Legend of Korra have suggested that they consider Korra and Asami to be bisexual.