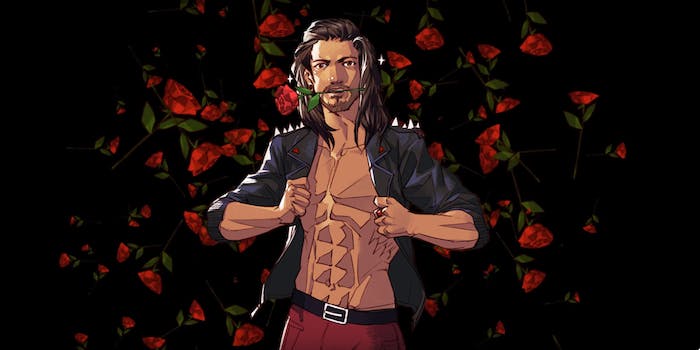 A dungeon adventure game where you can date your weapons? Well, okay!

From the title alone, we already know Boyfriend Dungeon is the spiritual successor to 2017’s hottest dating sim, Dream Daddy.

Kitfox Games released a trailer for Boyfriend Dungeon on Thursday, and we’re already in love. As you can probably deduce from the name, it’s a dungeon game with a twist. You battle monsters and pick up weapons in a fantasy adventure setting—and when you collect those weapons, they turn into hot dudes. Hot dudes who you can date.

Basically, it’s the dating sim/fantasy adventure game we’ve all been waiting for.

Boyfriend Dungeon will also have an “inclusive, tasteful approach to gender and sexuality,” and if you’re already invested in its progress, you can “influence the game’s romantic directions” by following Kitfox Games on Twitter.

The only downside is the game isn’t out until 2019. But that gives everyone more than a year to make Boyfriend Dungeon fanart, which already seems inevitable.