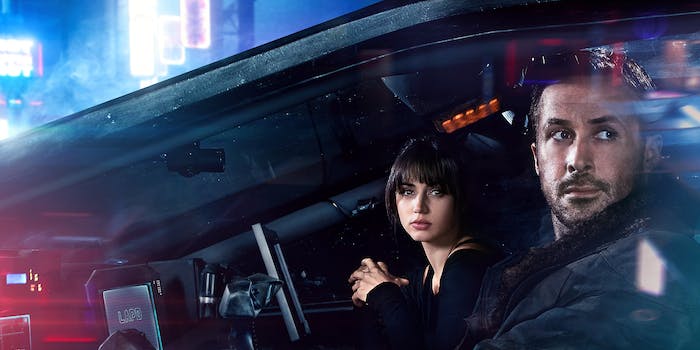 Even doubters may fall in love with this trailer.

Blade Runner 2049 looks gorgeous in its first full-length trailer, highlighting the influential nature of the 1982 original. Some of those sci-fi cityscapes could easily come from Ghost in the Shell, Hollywood’s latest cyberpunk reboot.

Ryan Gosling stars in the long-awaited sequel, directed by Denis Villeneuve (Arrival). The new trailer introduces us to Reynolds’ role as a cop, embroiled in a mystery that leads him to meet Deckard (Harrison Ford). There’s also a surprising amount of Jared Leto in there, playing a scientist who creates replicants.

Fans will recognize a lot of Blade Runner‘s iconic style, ranging from fashion choices to hints of the Vangelis soundtrack. If you’re open to the idea of a sequel, it looks like Villeneuve has done justice to the original.