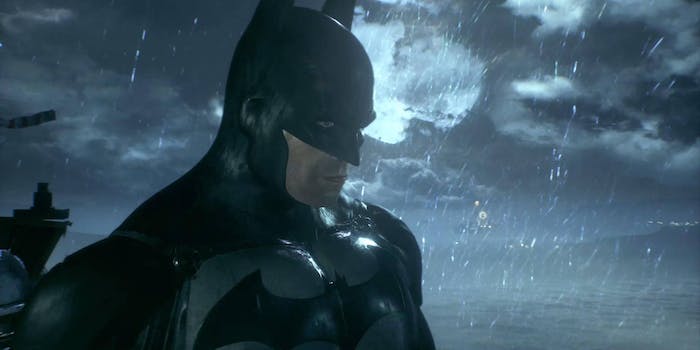 The witch hunt is on.

It’s day two of the Batman: Arkham Knight PC fallout. It continues to look bleak across the board.

As people have had more time with the game, information is coming to light comparing both the console and PC iterations. Users on Reddit are posting screenshots detailing exactly where the PC version of the game falters compared to its console counterparts. 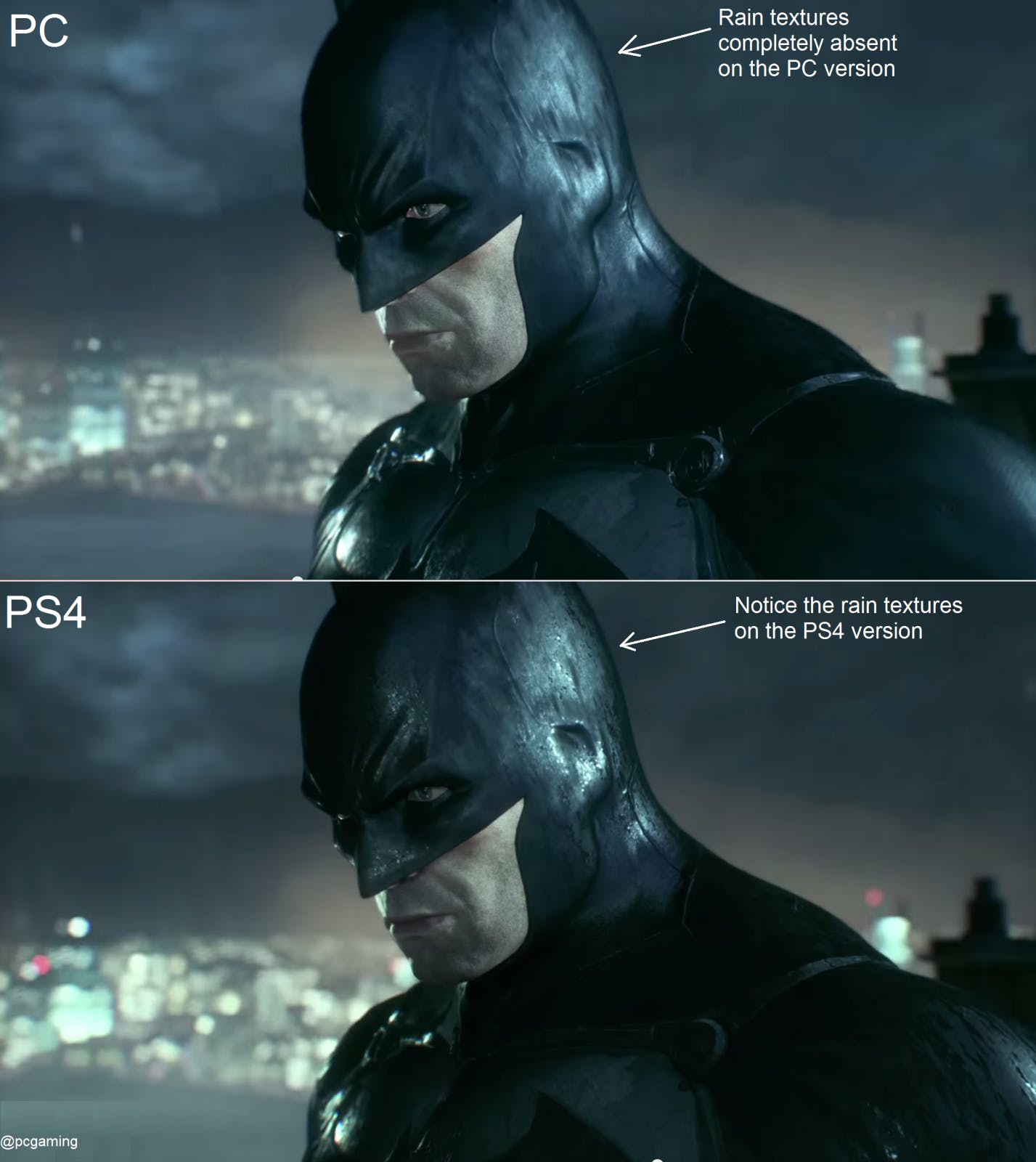 In the image above you see Batman minus the rain textures on PC. Although the PC version has cooler NVIDIA ran effects, it looks odd juxtaposed with a relatively dry Batman. We actually have the PC version of the game on a decently high-end PC and can attest to its weirdness. You’ll be able to see Batman getting hit with pellets of rain, but it won’t bead or run down. In the grand scheme of things, it’s minor, but bizarre nonetheless.

Digital Foundry has already uploaded a video comparing the PC version with high and low settings. Interestingly you would expect the lowest setting version to perform pretty smoothly considering the monstrous hardware it’s running on. But even then the game would stutter and micro-stutter constantly, dipping down to 40 frames per second. Digital Foundry’s PC contains an Intel Core i7 CPU with an NVIDIA 780 Ti GPU.

Steam reviews for the game have not been positive to say the least. Users on Metacritic seem to be even more upset, as the game is sitting at a 1.5 rating. That’s below titles like Hannah Montana: The Movie.

What is Warner Bros. saying about all of this? Nothing positive at the moment. It recently put up a forum post detailing what PC gamers should do to get the best Arkham Knight experience possible given the situation. For those with the minimum hardware specifications, Warner Bros. recommends users turn every graphics setting to either low or off and reduce the resolution to 720p:

What about users that meet the recommended system requirements? Well, You can keep some things on, but other things have to be off.

The thing that really irked those in the comments section was that “the Recommended Spec is intended to deliver an experience on par with the current generation of gaming platforms.” Obviously gamers that have poured $1,000 into a high-end gaming rig do not want to hear that their experience will only be on par with consoles. The reason many choose to invest in high-end rigs is to get the greatest experience possible.

To add to the sliminess of the situation, remember that NVIDIA GameWorks video that showed the game running at a smooth 60 frames per second? Many are really starting to discredit it, claiming it’s been sped up to look as if it’s much smoother than it actually is. The debate still continues to rage on Reddit, but if true, that would mean NVIDIA and Warner Bros. manipulated marketing materials to present a game that looked better than what was actually possible.

But how does the game compare exactly to its console counterparts? YouTube channel Candyland has put up a video highlighting some differences.

At least there’s some good news for consumers. Those who purchased the game on Steam can opt to get a refund. And it seems that Green Man Gaming will also be extending the same favor, with a caveat. The service will only issue refunds if, after the first patch, the game continues to suffer from problems. It seems the site doesn’t want to issue what is probably thousands of dollars in refunds if a fix is incoming.