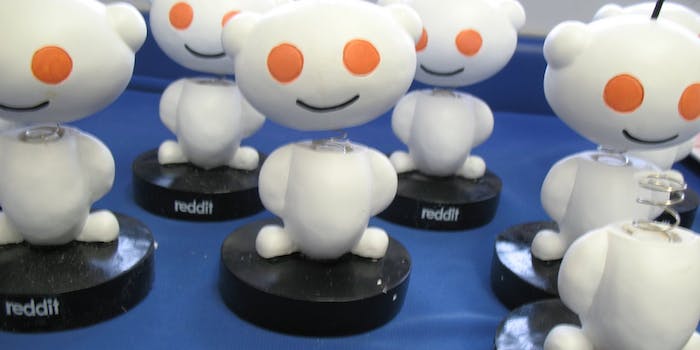 With less than a week left in 2011, social news site Reddit has passed yet another milestone.

The site now hosts more than 100,000 sections, or subreddits.

It’s not clear when Reddit hit 50,000 subreddits, but from news reports and blog posts, it appears to have crossed that threshold at some point in 2010. With that doubling, the site’s users have taken on ever more diverse topics. Some of the newest sections discuss topics including the Stop Online Piracy Act, EFL Rage Comics, and the Occupy movement which got its start on Wall Street.

The ESL Rage Comic subreddit was created Scott Stillar of the University of Tsukuba in Japan to teach English as a foreign language using the three-year-old comic format, now a staple of the site.

“Rage comics are special because at their core they consist of well-known faces or expressions,” Stillar wrote in an email to the Daily Dot, “which are meant to show universal emotions of varying degrees under a wide variety of circumstances.”

The r/SOPA section has been a hotbed of activity recently, collecting about 9,000 members in less than a month. The section regularly features posts about the latest developments with SOPA, an antipiracy bill widely feared for the powers it gives law enforcement and copyright holders to shut down websites without due process. r/SOPA has helped rally redditors to action, including boycotts of SOPA-supporting companies.

The same goes for r/occupy, which includes links to dozens of other city-specific subreddits dedicated to various local Occupy protest efforts.

Earlier this year, the Daily Dot created a visual guide to Reddit’s most popular subreddits. But if they keep adding sections at this pace, we’ll need to create an updated version sooner rather than later.