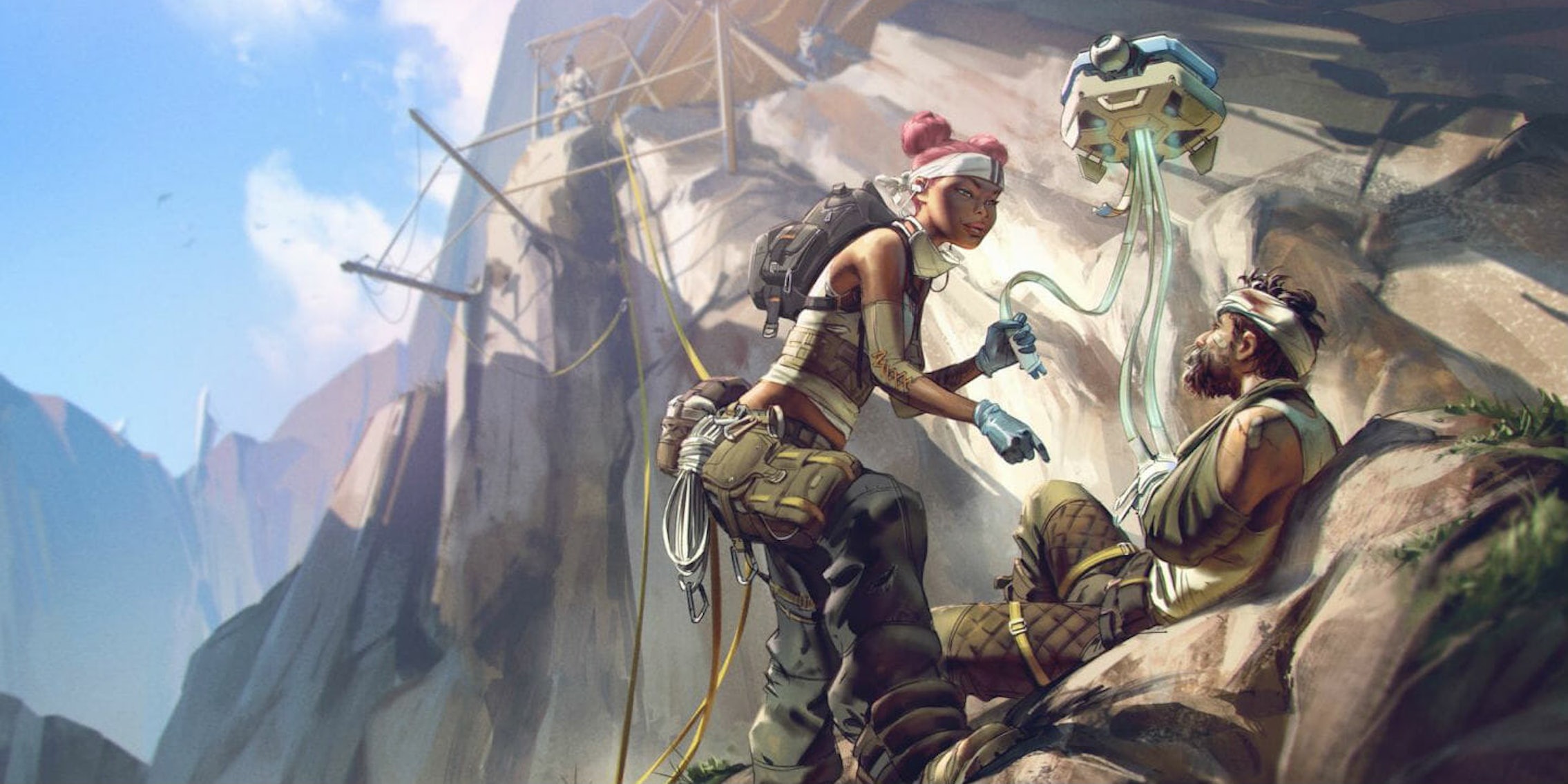 The Apex Legends guide to Lifeline

Learn how to patch up your pals with style.

Ajay Che is comin’ through indeed. As the top pick of our Apex Legends character guide, Lifeline may not have the firepower of Bangalore or Gibraltar, but she plays arguably the most important role of keeping her fellow players alive and well-armored. Each Apex Legends character comes equipped with a suite of unique abilities, and it pays off to know when and how to use them effectively. So if you’re looking to climb the ranks or just want to take a few cracks at a new character, here’s our guide to playing Lifeline in Apex Legends.

How to use the D.O.C. drone

The D.O.C. drone is one of Lifeline’s best abilities, and thankfully it’s only her Tactical, which means you’ll be able to use it pretty frequently.

Lifeline’s D.O.C. (or “Drone of Compassion”) will automatically start healing any friendly player (and enemy) in a small circular radius for about 45 seconds. It’s slower than any medpack, but you can’t really complain when it’s free.

If you’re using the D.O.C. during a moment of peace, you can generally just set it anywhere you feel safe. The real question comes when you’re in a heated battle, since it has a 35-second cooldown rate. Do you hold onto the D.O.C. or use him right out of the gate? Well, any close- to medium-range firefight isn’t going to last very long, so you generally will want to drop it as soon as one of your squadmates starts taking health bar damage.

Let’s say you’re in a fight in a relatively narrow hallway, be it in the concrete-and-metal bunker or a rocky canyon. Depending on the terrain, start thinking about how you can keep your D.O.C. drone in a position where it can heal friends while they’re both taking cover and peeking out to fire. If there’s an object in the middle of a said hallway, like a rock or a box, set in behind that so you’re optimizing the amount of area your friends can be healed from.

You can also slowly move the D.O.C. drone by walking into it, although it will be really slow and a bit awkward. So if you didn’t quite nail the positioning, you might suffer for it.

How to use Lifeline’s revive ability effectively

Raise your hand if at some point, hopefully just early on into your Lifeline tenure, you thought her revive ability was a fully circular shield. Whoops, just me?

If you’re smarter than me, and that’s not a difficult task, make sure you’re positioning yourself with your back to the closest wall so your revive shield can cover the rest. A slightly lesser-known fact is that you can get in and out of the revive shield state pretty quickly. There are more than a couple of clips of Lifeline players frustrating the sweet Jesus out of enemies by going in and out of the revive position to better position their shield, forcing enemies to squirrel around you and lose their cool.

How to use Lifeline’s Care Package ultimate

If you’ve got a Lifeline on your team and your squad isn’t already clad in all purple armor, you need to give every single ultimate accelerant to her. Mid to late game, almost every fight will come down to whose aim is better and who has a more comprehensive set of armor.

Lifeline’s Care Package will almost always give you at least one purple helmet or body shield, plus one full med pack, shield charge, or phoenix kit, and probably a sniper scope or an enemy-highlighting digital threat scope, in my experience.

Another thing to keep in mind when using the Care Package: Be alert that it can give your position away if enemy players recognize that it’s not a standard random care package. That said, Lifeline’s Care Package can also be useful for blocking off some thinner routes, like canyon hallways or certain military platforms.

Other tips for using Lifeline in Apex Legends

Lifeline’s D.O.C. and revive shield pair well will Gibraltar’s bubble shield, so don’t be afraid to coordinate your defense moves if a squadmate is playing the big guy.

Lifeline’s Care Package will kill anyone standing underneath it when it lands, so… don’t. If you’re brave enough, you can try to time a Care Package to drop on an enemy player, since they won’t see the beacon that marks its drop point.

Lifeline’s D.O.C. is an effective way to combat the slow damage effect from the energy barrier that pushes all players closer to each other. It gets far less effective as the circle gets tighter and damages you more, so it’s only a viable strategy early on.

If this Lifeline guide isn’t enough for you, make sure to check out our other guide to winning Apex Legends.