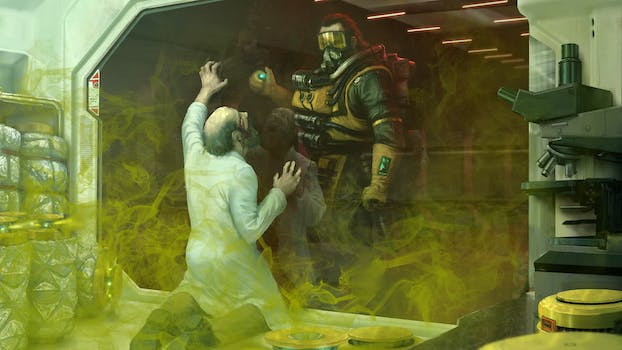 Should games like Apex Legends really launch without any way to combat harassment?

Make no mistake. Apex Legends has been a ton of fun. Learning the best ways to shred your opponents with a Peacekeeper, flank using an enemy’s teleporter, or maybe drop a care package on their head has been an integral part of the experience. That said, nothing can stop Apex Legends from being what it is: an online battle royale shooter played by more than 25 million people, some of whom are bound to be unrepentant jerks. While you can consult a guide to Apex Legends characters, how to win more crafting materials, or how to improve your FPS, there’s one key feature missing that might make all the difference: how to report a player.

Does Apex Legends have a report player option?

Sadly, there’s no way to report another player in Apex Legends for anything beyond cheating, which appears to be EA’s primary focus right now. If you witness a player cheating (whether it be through some sort of hack or aimbot), you can report that player on EA’s website so long as you have that player’s ID. To its credit, EA has already gotten rid of Apex Legends of 16,000 known cheaters, according to Dexerto.

But when it comes to bad behavior, however, For PS4 or Xbox One players, EA, the publisher of Apex Legends, just directs you to resources for those respective gaming consoles, which means you’re reporting players over a separate social network—a process that adds unnecessary steps and likely won’t result in any action being taken.

As far as I can tell, there’s no actual punishment for behaving poorly in-game or leaving mid-match and condemning your hard-fought squadmates to a likely loss. There needs to be, and I’m not the only one who feels that way. On the Apex Legends subreddit, there’s a consistent group of people posting about the need for a report player function.

As people spend more time playing Apex Legends, the need to report players will only increase. When the game first launched on Feb. 4, everyone had that same terrified-yet-exhilarated mindset, not sure of what landmarks or threats existed on the other side of any hill or military base. Of course, there were idiots still running off on their own, but most knew that the comfort of your squad meant you could put up a legitimate fight against almost any opposing group since we were all just so new.

Three weeks in, that seems to be completely forgotten. A random assortment of solo queue matches (that is, matchmaking with random players instead of your friends) will frequently result in more instances of squadmates running off on their own to die at the hands of the first enemy squad they meet.

While I’m a fan of Apex Legends’ great non-verbal communication system (“pinging” allows you to mark locations or approaching enemies), that hasn’t stopped many “friendly” players from communicating with their fists or bullets, which immediately gives away your position. Several times now, I’ve accidentally grabbed an item that a squadmate evidently called dibs on first. While Apex Legends is great about letting you communicate many things, it’s lacking when it comes to “give that back.” What ensued was a magazine of energy ammo to my face, which can’t hurt me anyway, but certainly gave us away to the three remaining squads we had worked to outmaneuver. When our friend ran out of bullets, he simply began sprinting and hopping around, pinging a new location every 0.3 seconds.

Among all that nonsense are the old multiplayer standbys: griefers and leavers. Sure, it isn’t that fun to watch your squadmates struggle to collect your banner and revive you at a nearby dropzone, but the fact that you can revive a truly dead teammate at all is a fun and interesting development for the battle royale space. As it stands, there’s nothing to stop people from leaving in the middle of a match, and Apex Legends is lucky that enough people currently play that it still gets you into a new game relatively quick.

Is EA going to put a report player function in?

The best info we’ve got to go off of is a patch notes post from Respawn community manager Jay Frechette on the Apex Legends subreddit. In the post, Frechette acknowledged the need for a report function is something the company’s aware of.

“We have heard your feedback about a report feature in the game,” Frechette wrote. “I’ll just say that’s a very good idea :)”

It’s a bit weird that Respawn felt comfortable releasing Apex Legends without a report player function. The popular multiplayer shooter Overwatch similarly launched without a report function for console players and only just fixed that a year into the game’s lifespan. Fortnite’s report player function is hidden behind some obtuse menus. For Apex, it obviously isn’t as easy as clicking a few buttons—few things in game development ever are. It would involve coordination between Respawn, EA, and likely PlayStation and Xbox.

That’s to say it would be understandable if it took the EA a fair amount of time to implement a report player function, but it doesn’t excuse a lack of communication. If the messy and chaotic release of Anthem can still produce a 90-day roadmap, at least let us know if something similar is on the way so those wasted matches feel a little less painful.