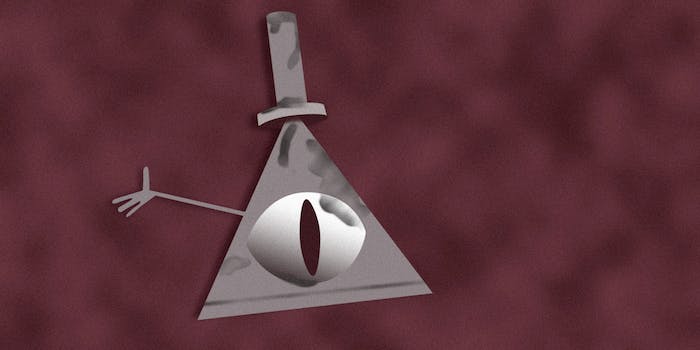 After all this time, the statue is real.

When Gravity Falls, the animated Disney show that garnered a cult following and offered fans real-world mysteries, ended back in February, some thought that the final seconds of the show offered one last mystery.

But five months later on the eve of San Diego Comic-Con, Gravity Falls creator and voice actor Alex Hirsch launched a worldwide scavenger hunt starting with a key revelation: they were right.

The series finale of Gravity Falls, “Weirdmageddon 3: Take Back The Falls,” showed the final confrontation between Bill Cipher, a triangle demon who had taken corporeal form, and the citizens of Gravity Falls, led by 12-year-old twins Dipper and Mabel Pines. The ensuing battle, taking place in the real world and in the mind of Grunkle Stan, resulted in Bill Cipher being erased and turned into an immobile statue. 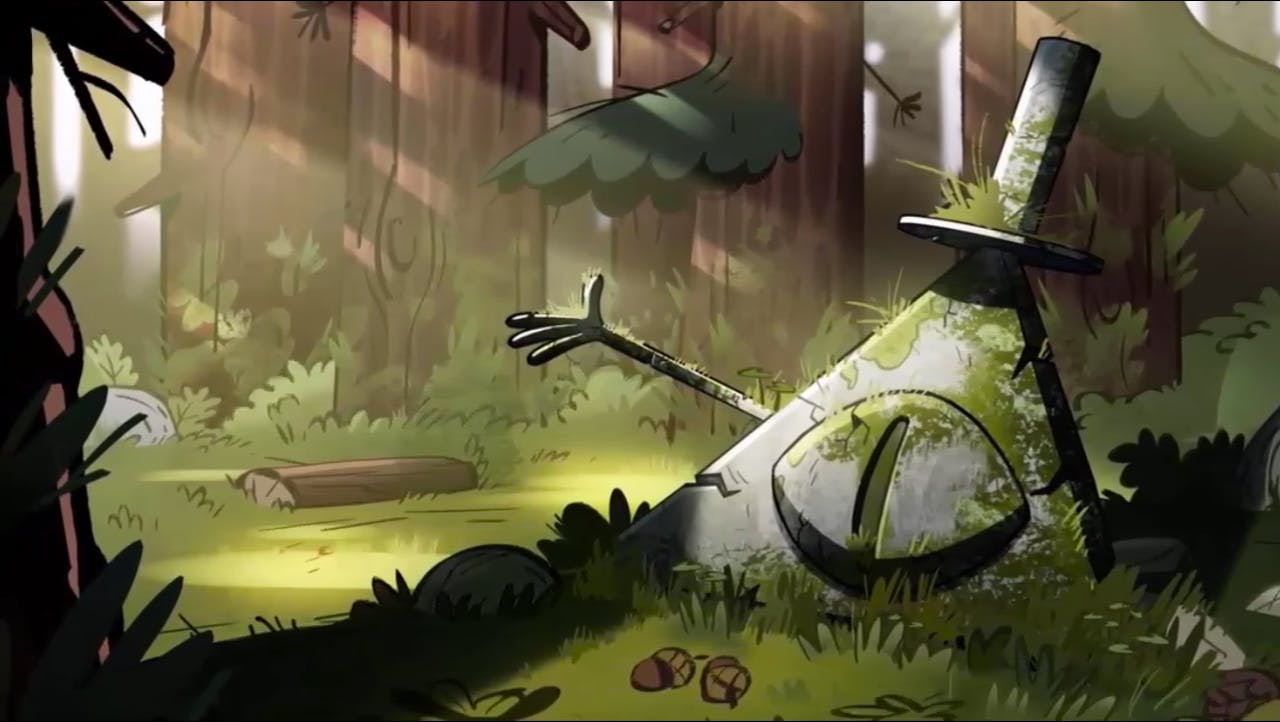 It’s that statue that fans caught a glimpse of as an after-credits teaser for a couple of seconds—except it wasn’t an animated statue. It appeared to be a real one.

While the initial fervor surrounding Bill Cipher’s statue ran into a number of dead ends, Hirsch reignited that excitement with a couple of cryptic tweets and a fresh code for fans to solve.

Are you guys ready?

If you're just tuning in, this statue is REAL & fans are treasure hunting to find it as we speak! #CipherHunt pic.twitter.com/cuWBn2pngx

Fans used the Caesar Cipher to quickly decode the first message, which explained the basic premise of the global scavenger hunt and revealed that the first clue is located at the Kazan Cathedral in St. Petersburg, Russia. Hirsch has seen what fans have been able to do to solve his mysteries in communities like r/GravityFalls, and while the hunt for Bill Cipher’s statue is for fun, the global aspect of it ensures that fans have to work together in order to locate it. (And sometimes that involves crossing over fandoms.) The Gravity Falls subreddit quickly created a megathread for the occasion while fans on Twitter used #CipherHunt to follow along.

DON’T FORGET IT’S ALL FOR PLEASURE
THE HUNT ITSELF’S THE REAL TREASURE
BUT A PRIZE AWAITS THE FIRST ONE THERE
BE SAFE, BE SMART, AND OF COURSE BEWARE

Hirsch took credit for setting up the scavenger hunt, an unofficial fan tribute, and stressed that Disney has nothing to do with it. He also quickly tweeted out rules that asked fans not to trespass while searching for clues—they’re all located in public places—and to keep an eye on their surroundings so they don’t walk into traffic or other hazards.

Fans in Russia soon found the first clue, which contained instructions of where to look next. The clue told fans to “switch your Rubles out for Yen.”

In Soviet Russia, clue finds you! First clue has been found! #CipherHunt https://t.co/kRPk2q7HZk

They discovered the second clue tied to a beam in Japan.

The second clue has been found in Japan! Well done! Where does it lead?? #CipherHunt https://t.co/faFHSr7bOV

That led fans to Atlanta, where they were met with a faded lost flyer for Waddles, Mabel’s beloved pet pig.

After that? Fans called the number on the flyer, which played a prerecorded, garbled message, but if you play it backwards it’s a message from Grunkle Stan directing fans to a particular nun’s portrait at Ochre Court, a mission located in Rhode Island.

But for now, it seems as though the Cipher Hunt has come to a stall. Ochre Court is located on the campus of Salve Regina University, and not only is the clue not there, Salve Regina has a message for scavenger hunters letting them know the university—which wasn’t asked to participate in the hunt—is looking into where the note might be.

Hi #CipherHunt! We weren't asked to participate, so there's some confusion. But we're looking into it. pic.twitter.com/BmxodbUVbr

We've hit a hiccup! The nuns of Ochre Court have nabbed the clue before we could! Hang tight- you will be given a new clue soon! #CipherHunt

Hirsch promises that the Cipher Hunt will soon get back on track, and with clues located across at least two continents and fans all over the world ready to scavenge together, it’s not too late to join in on the fun.