You’re a failed parent unless you get your toddler this tiny, 3D-printed Iron Throne

Help your kid rule with an iron fist. A tiny baby fist.

Take a popular lifestyle photographer-slash–mommy blogger. Add a couple of 3D-printing gurus and a heaping helping of Internet culture, and what do you get?

The next ruler of Westeros, apparently.

“Baby Baratheon, King of the Andals and the First Men, Master of the Chubbies, Lord of the Seven Kingdoms, Sucker of Boobies, Protector of the Realm has usurped the throne,” Georgia Brizuela declared on Facebook Monday: 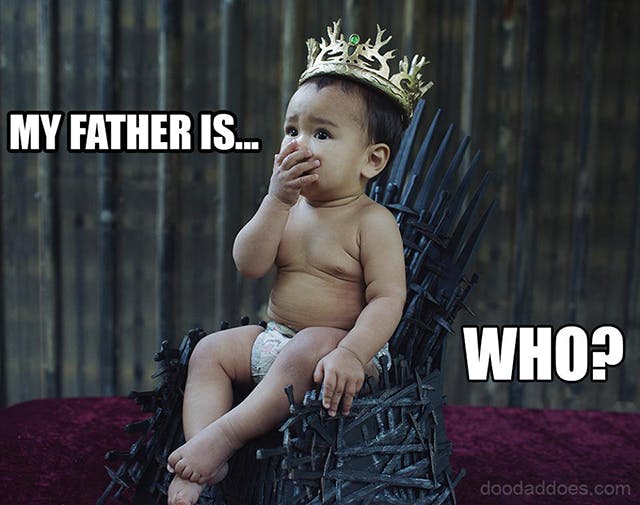 Georgia Brizuela is a birth photographer and family mentor from Brisbane, Australia. On her website, Documenting Delights, she showcases beautiful pictures of newborns and their families, as well as other snapshots of her own family life that are so picturesque they’ll have you alternately reaching for the tissue box or the barf bag, depending on what kind of human you are. With nearly 30,000 followers on Facebook, it would seem most people are in the “like” camp. 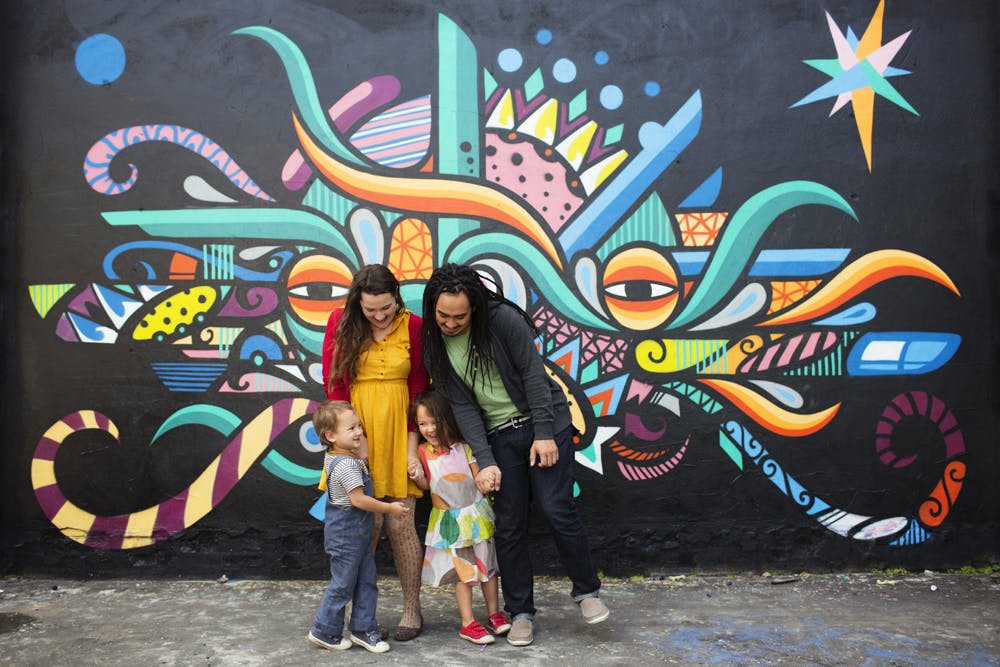 Georgia’s brother, Isaac, and his wife, Julie, are forward-thinking tech nerds with a love of tech innovation, hacker culture, and 3D printing. “We like to hack our 3D printer, our lives, jobs and our children’s education,” they wrote recently.

The two have channeled their love into a new business, Doodaddoes.com, where they sell a host of futuristic 3D-printing accessories, including a full printing kit for a Rostock Max 3-D printer.

The two branches of the family seem to be worlds apart, except for how they’re all clearly shamelessly talented overachievers who make the rest of us look like losers. (To add insult to injury, a third sibling is also an award-winning professional photographer who launched a viral 365-day social media project in 2010.) But they all have at least one thing in common: their love for Game of Thrones.

In March, the families were watching the latest ep of the HBO series together when Georgia, mommy blogger extraordinaire, started brainstorming ideas for a Westeros-themed family photoshoot. In the process, she asked her brother, “Hey, could you print a throne?”

What started out as a whim turned into an exhaustive search to find a blueprint for the throne that could be adapted for 3D printing, and over 30 hours of painstaking, detail-laden work to produce the finished product. On the blog for the new business, Julie wrote about the intensive labor she and Isaac undertook to bring the throne to life.

The two managed to find a blueprint for the throne and adapt it for their 3D printer, along with a golden crown. Then they printed the throne base, chair support, backing, and other elements of the chair in separate pieces: 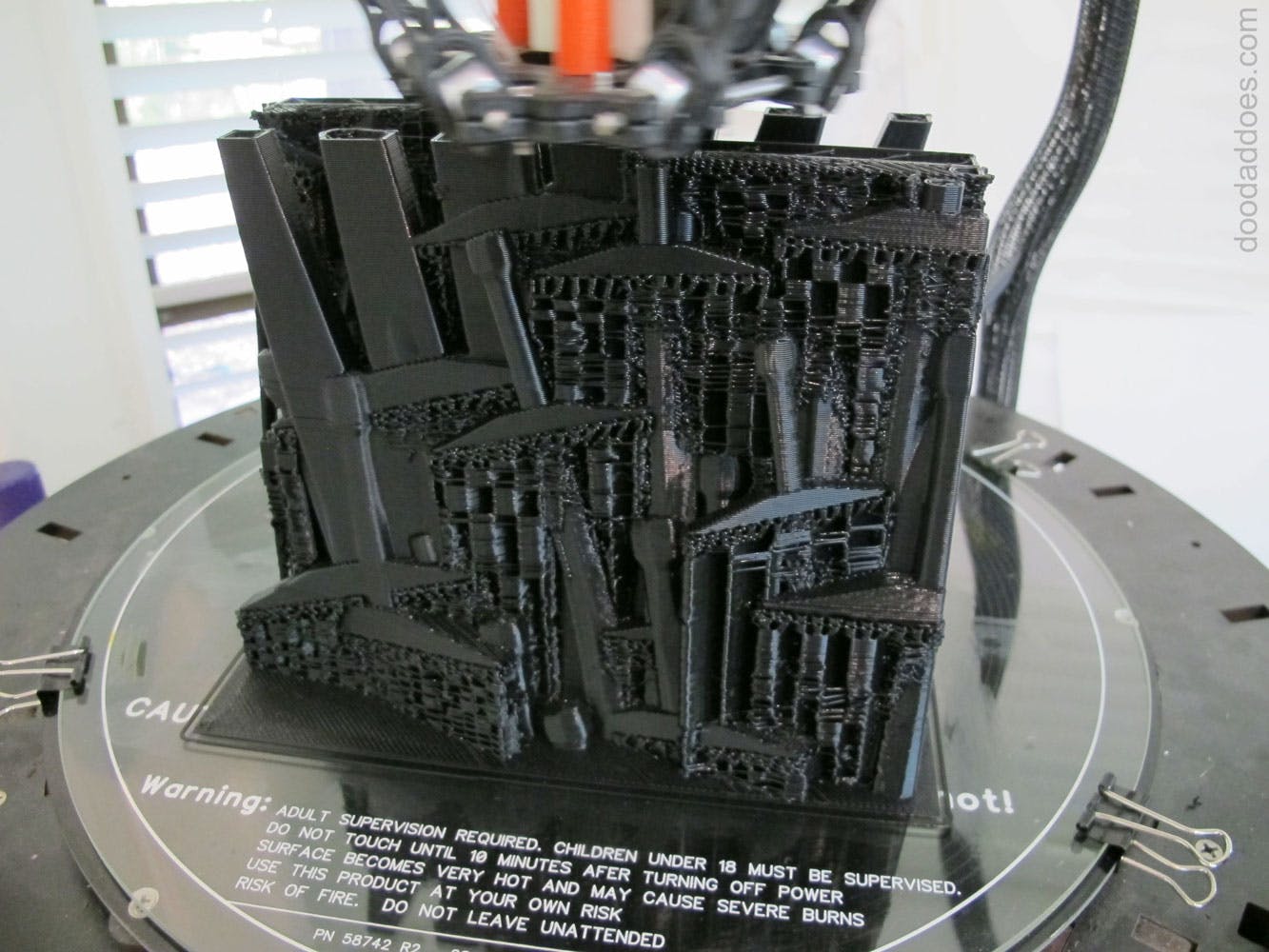 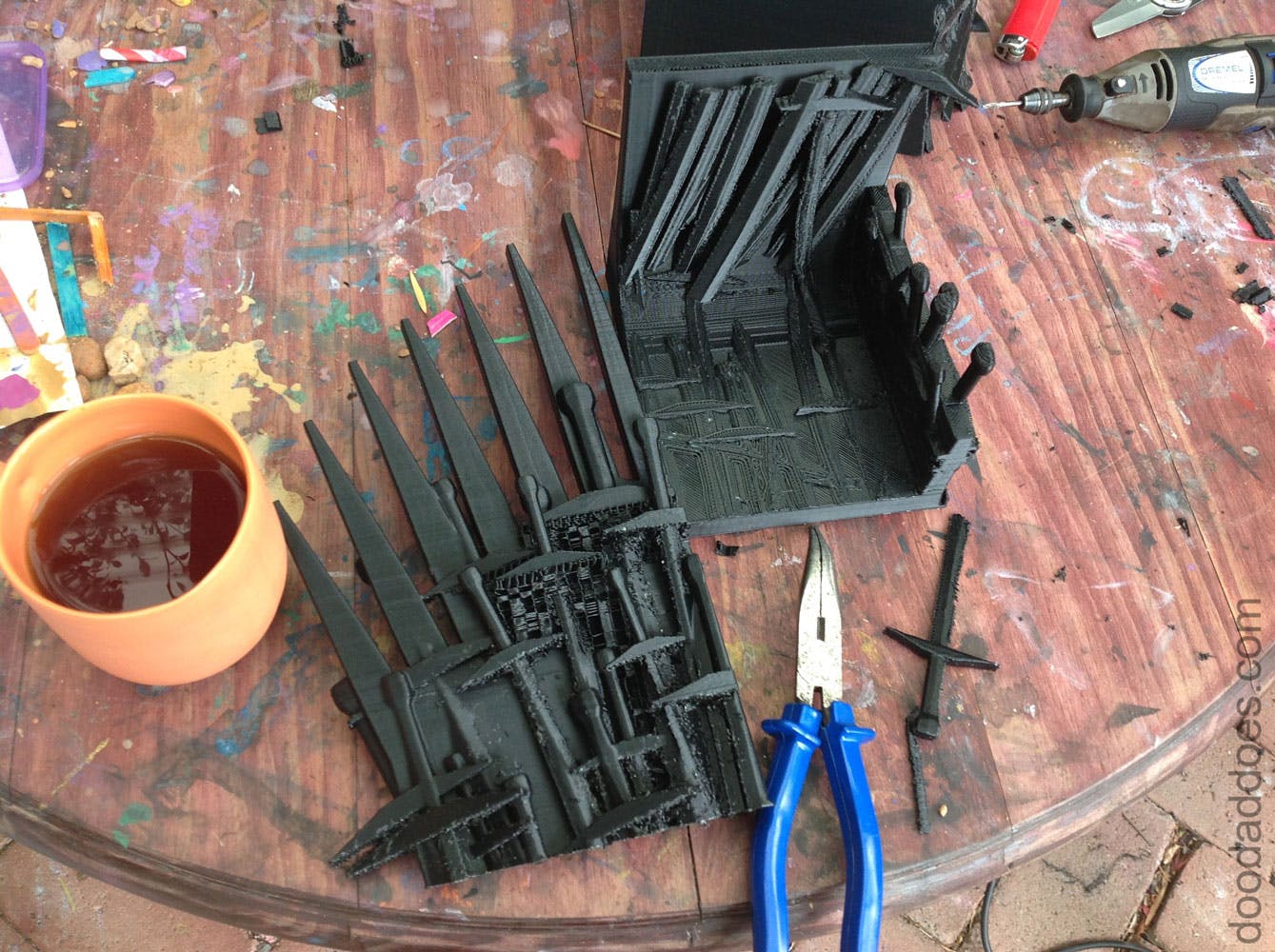 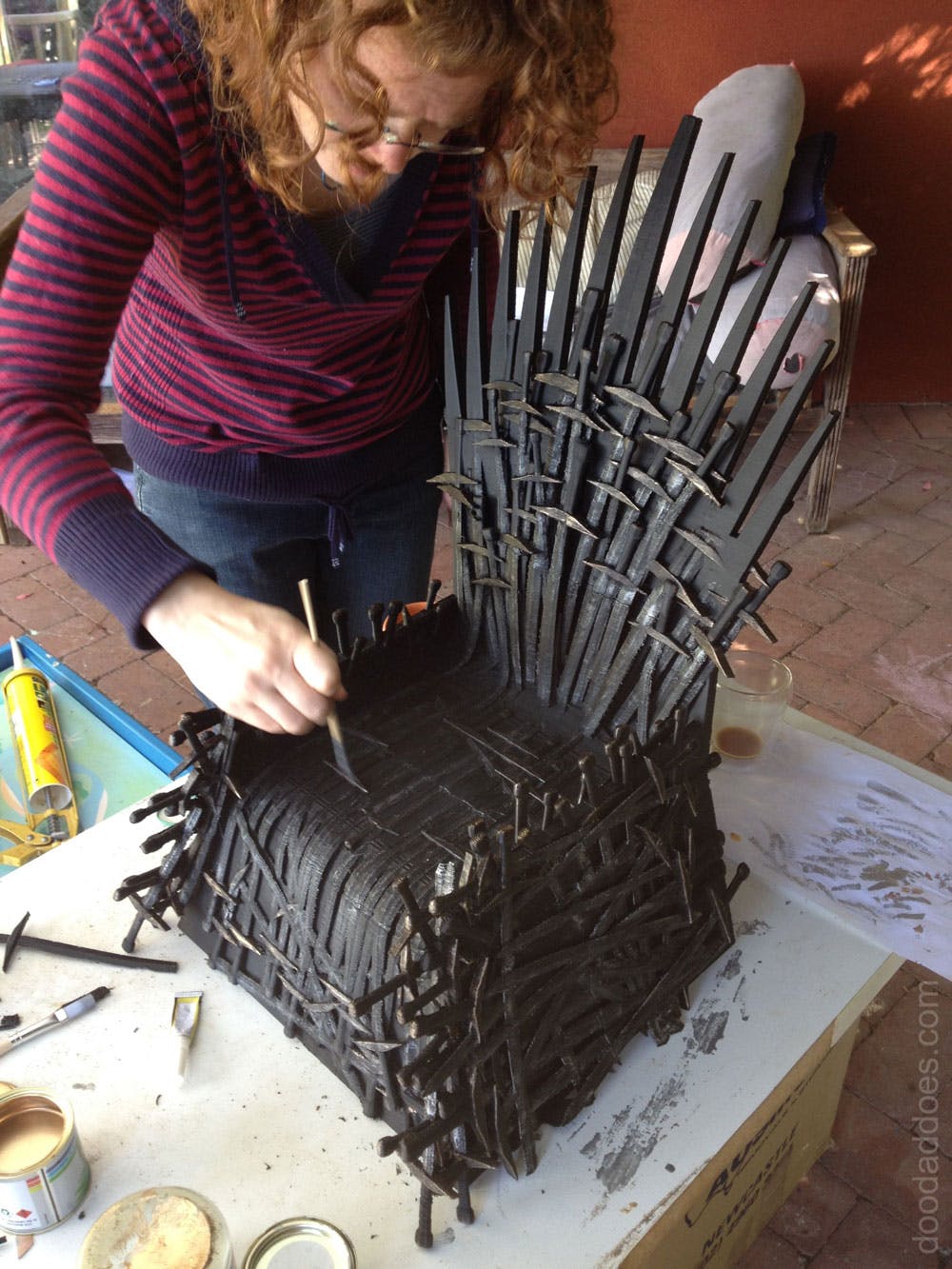 The pair estimated that the project required 100 hours of printing.

But in the end, the Iron Throne might have ironically united the two siblings, Isaac and Georgia, and given them even more in common than they originally had. “We felt like crazy proud parents when it was finished,” Julie wrote. “And my nephew is the most adorable Baratheon ever, hands down.”

On her Facebook page, Georgia announced a giveaway of the custom-built throne for anyone who signed up for Doodaddoes’s newsletter. She also shared the photo on Instagram, adding, “I’ve been having too much fun making GOT memes.” 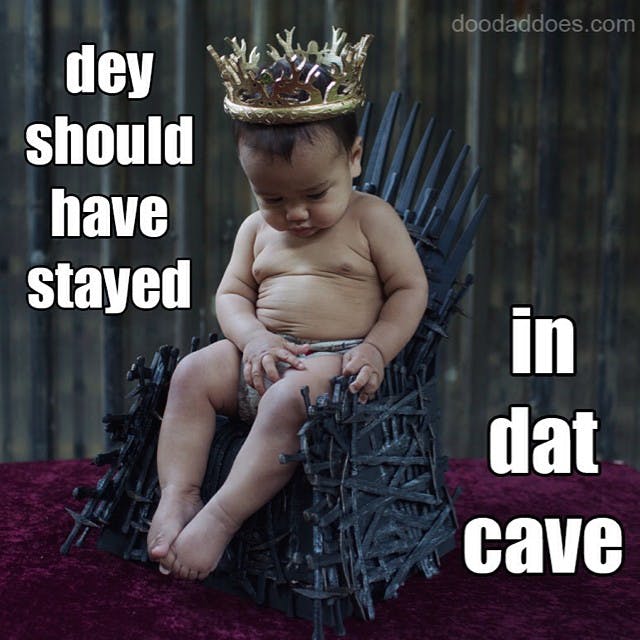 To complete the Internet meme tri-fecta, Isaac and Julie posted the project to Reddit and Imgur yesterday.

But they also cautioned that despite the photographic evidence to the contrary—not to mention the throne’s kid-sized scale—the product isn’t exactly suitable for children.

“[The corners of the chair] are very dangerous and I wouldn’t recommend using this for kids,” Isaac wrote on Reddit.

Still, if you want this menacing addition to your kid’s playroom—and what megalomaniacal despot wouldn’t?—you can enter to win at Georgia’s Facebook after signing up for Isaac and Julie’s newsletter.

Just don’t ask how bloody the struggle will be to determine the throne’s new owner. We’re guessing the battle will be fierce.