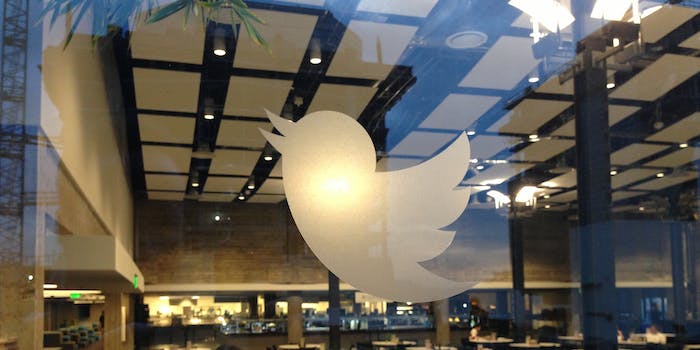 Users incensed at Twitter’s changes to the ability to block accounts have started a campaign for the company to restore the feature to its previous functionality. They’ve turned #RestoreTheBlock into a trending topic.

Until today, blocking a user would prevent that account from following you, seeing your timeline, and favoriting or retweeting your Twitter posts. Now, you won’t see the users you block on Twitter, but they’ll still be able to see and interact with your timeline.

Twitter argues that the company is now public, and users’ feeds should reflect that. “We want to reinforce that content in a public sphere is viewable by the world,” Twitter spokesperson Jim Prosser said.

But the change has many users worried about their privacy—the “new block” won’t stop harassers from retweeting their victims and getting others to join in on their attacks.

The new block has been compared to dealing with a stalker by putting on a blindfold or sticking your fingers in your ears.

“Twitter made a big mistake changing how block works; There were always workarounds but now harassers have advantage,” wrote Anil Dash.

The outcry against the new block has been swift, with nearly 5,000 tweets posted on the #RestoreTheBlock hashtag within an hour of the change becoming public.

Several change.org petitions have also sprung up, demanding that Twitter restore its old blocking policy. The most popular gathered more than 1,200 signatures in less than an hour.

Dear @Twitter , #RESTORETHEBLOCK is happening because your new block policy facilitates a spectrum of abuse on your service. Please listen.

@safety @twitter this non-blocked blocking is for the birds. It doesn’t stop them from tweeting and having their friends RT. Pls reconsider.